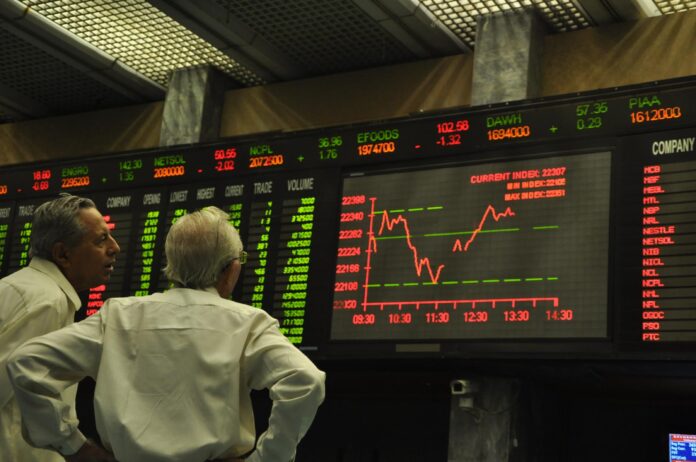 The first IT sector company to get listed on the Pakistan Stock Exchange’s (PSX) freshly constructed GEM board, Supernet, concluded its book-building on Wednesday with a whopping Bid Size of Rs659 million and a major oversubscription of 1.4 times its offer size of Rs475 million. This has lately become a trend whereby recently listed corporations have all managed to acquire more than what they asked for. This, in particular, creates a disequilibrium in the market and takes away its true essence.

Taking a deep dive into the IPOs concluded since the start of 2021, Pakistan has had a list of 9 IPOs – 3 on the recently introduced GEM Board and 5 on the conventional stock listing – out of which, all have been oversubscribed. While this may be perceived as exceptional by some, this does indicate a fundamental flaw. The objective of the book-builder is essentially to calibrate a suitable price for the share to be offered. If not, let the market forces decide. However, due to a term called price ceiling, there exist certain limits as to how much the price can climb as a response to the excessive demand. This has been witnessed in the last couple of years in the Pakistan stock market and is dangerous to the market’s ability to devise the accurate strike price for the stocks on offer.

Companies recently listed include: Supernet; Pak Agro Packaging; Universal Network Systems; Airlink Communications; Octopus digital; Service Global Footwear; Pak Aluminum and Beverages; Citi Pharma; and Panther Tyres.Investors participate in IPOs to benefit from the capital gains in the stock(s) acquired. However, such returns are compromised when the shares are restricted from trading at the market price during the auction period. It is pertinent to mention that oversubscription has no direct relationship with the auction price or the IPO listing price, rather it indicates that the bids received for the stock were in surplus of the amount of shares available.

However, if that was the case, we wouldn’t be looking at every IPO being oversubscribed, rather the difference between the bids received and the offers (available shares) would be reflected in the listing price until the bids and offer would reach an equilibrium. This is primarily because the PSX sets a price ceiling for the stocks, which hampers market’s fluency and restricts it from running freely.

The freshly formed Growth Enterprise Market (GEM) Board is to enable and facilitate small and   medium enterprises (SMEs), greenfield projects, tech start-ups and other companies to streamline their listing process on the Pakistan Stock Exchange and raise capital. SMEs are a crucial element in the Pakistani economy where they constitute about 90% of all enterprises, contribute approximately 40% to the annual GDP, and employ about 80% of Pakistan’s non-agricultural labor force. Alongside this, such companies also provide people with diversified products, invest in Research & Development, create supply chains, increase market outreach and penetration, add to their infrastructure, and increase their production capacity. It is crucial for them to access sufficient funding to succeed. However, such funding is rather less accessible and costly at the same time.

This is one of the reasons that Pakistan Stock Exchange has incorporated the GEM Board as it not only helps such enterprises expand, diversify by raising capital, but also helps the development of the Capital Markets which is vital for trade enhancement and industrial development. The platform encourages investors to invest in fast paced growth companies, for which they can yield the fruits in the long-term.

Investors can invest in such stocks for both capital appreciation and dividends, while the companies get access to the much needed capital.

Listing primarily provides companies with long term low-cost capital, in comparison to the high cost of borrowing in Pakistan; making it cheaper for SMEs to acquire equity than debt. The GEM board also gives the companies access to funds without collateral and provides them with a tax benefit of 20% on tax payable in the first two years of listing and 10% on each of the subsequent two tax-years.

In addition to this, the minimum free float of shares requirement is a meager 10%. This allows for a strong majority of the shareholding to be retained by the owners and directors.

The mandatory requirements for listing on the GEM Board include the availability of audited financial statements of the last two preceding years of the company (or of shorter period if it has been less than two years since commencement of business); It must publish the statements on their website whereby the website must contain basic company information, Information Memorandum (IM), and half yearly progress providing status of commitments mentioned in the IM.

It is imperative to mention that the companies going public on the GEM Board have fewer compliance and regulatory bindings, compared to conventional listings on the PSX. Henceforth, only Institutional Buyers and NCCPL (National Clearing Company of Pakistan Limited) registered investors are eligible to invest in shares of GEM Board listed company.

Companies listed on the GEM Board

At present, 3 companies are listed on the GEM Board, all of which conducted their IPOs in the ongoing fiscal year. All three IPOs had been oversubscribed, indicating investor interest in the GEM board as well as growth stock.

All currently listed companies on the GEM board touched their strike price or price ceiling during their respective auctions and henceforth oversubscribed. We can observe that all three stocks are currently trading at a substantially lower price compared to their strike price.

Pak Agro Packaging Limited (currently trading at Rs 11.05) was the first listing on the GEM board with a big oversubscription of 1.85 times. It showcased massive investor confidence on the platform as well as the company itself. With a strike price of Rs 24.75, the company witnessed a nosedive within a month and was trading at Rs 15.15 on december 06, 2021. A similar case was with Universal Network Systems Limited, a company which conducted its IPO through the GEM board in december 2021, witnessed a downfall from Rs65 to Rs44.75 within a span of 5 months. The courier company, formally known as ‘Blue-ex,’ was oversubscribed by 68%, touching its strike price of Rs65 during the Auction.

The recent IPO of Supernet Limited – a subsidiary of Telecard Limited – further escalated the issue, where the book-building process was concluded with an oversubscription of 1.4 times. Supernet was the first IT company to list on the freshly constructed Gem board, where a diverse range of investors participated including institutions investors, high-net worth individuals, and Roshan Digital Account holders.

The price ceiling and its reality

Price ceilings are essentially imposed by the Securities and Exchange Commission Pakistan (SECP) through SRO 7(I) announced on January 5, 2018. As per the official notification of the SRO, the amendment was “to promote quality listing, ensure fair price discovery through book-building process and increase investors’ base.”

“The concept of price band with the upper limit of not more than 40% of the floor price” was introduced to improve the mechanism of fair price discovery in the IPOs. Floor price was set as the minimum price per share set by the issuer in the building process. The amendment was essentially put forward to delete the FOMO effect during the book-building process felt by the investors.

In the dutch auction model, the last bid during the auction is proclaimed as the market price for a particular stock. Some may say that this is the right mechanism to determine the market price of a share. However, due to the FOMO (Fear of Losing Out) effect, investors tend to bid more than the justified market price of a share (based on its fundamentals) and resultantly the security gets overvalued. To curb such activity, the Commission formulated SRO 7, and deemed the maximum bid price to be 40% above the share’s floor price.

Since the strike price is determined at 40% above a share’s floor price, the devil lies in determining the floor price. Now, the power to curb the mispricing lies in the hands of Investment banks who have to determine the IPO floor price based on the stocks projections and forecasted demand.

Since the passing of the SRO, all IPOs have been oversubscribed, particularly Octopus Digital Limited, which witnessed an oversubscription of a massive 27.3 times. A subsidiary company of Avanceon, Octopus Digital, a strike price of Rs 40.6 per share was determined through the Dutch Book building process. This meant retail investors could buy Octopus Digital shares at a maximum price of Rs 40.6, essentially a ceiling. The IPO was oversubscribed 27 times by the end of the two day process. The company received offers of over 745.6 million shares against its offer of 27.35 million at the initial price of Rs 29 per share. To put this in perspective, the IPO was fully subscribed within the first half hour on the first day.

“The price ceiling for an IPO is essential because the given demand for a company’s shares does not mean the company is  valuable. Also, not all investors who participate in IPOs are aware of a company’s actual worth. Sometimes actual fundamentals of a business can be overshadowed by book runners, which is why it is so important to have a ceiling at a specific fair value price. In the case of Octopus, the challenge of investing in an IPO was calculating the actual worth of cloud and artificial intelligence financial vagaries without the company’s little experience in that business. Hence here the ceiling safeguarded the risk of investing,” says Naushad Chamdia, CEO of Standard Capital

Oversubscription fundamentally implies that the market forces have been restricted and the pricing mechanism is not doing a very good job at determining the fair market price of a stock. The price ceiling keeps the market forces in check where the disparity between the bids received and the shares on offer (demand & supply), is not truly reflected in the market price of a particular stock and the greater the disparity, the greater the disequilibrium & the more mispriced a share would be.