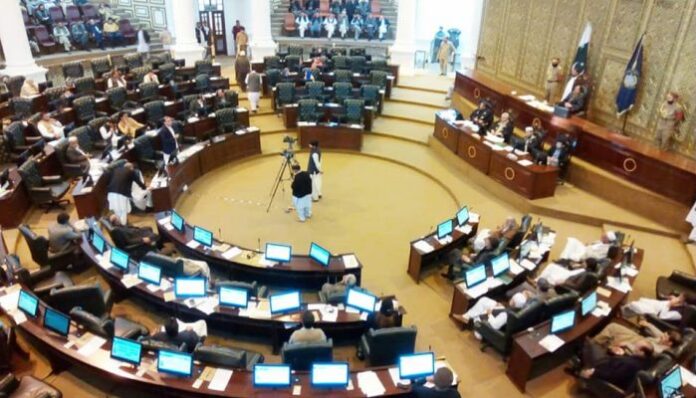 PESHAWAR: The Khyber Pakhtunkhwa (KP) Cabinet on Monday with authorised the provincial chief minister to sign MoU in connection with the IMF under the shared fiscal responsibilities of the federal and provincial governments.

The decision was taken in a meeting held here with Chief Minister Mahmood Khan in the chair.

Provincial Ministers Taimur Salim Jhagra, Anwar Zeb Khan and Special Assistant to Chief Minister Khyber Pakhtunkhwa on Information & PRs Barrister Muhammad Ali Saif while briefing media persons about the decisions of the cabinet meeting at ITLA’A Cell informed that the federal government by withdrawing support has deprived the people of merged districts from the free treatment facility which was being provided to them under the Sehat Card Scheme.

They further informed that the center has stopped the monthly payment under the Net Hydle Profit since April 2022 and a letter was sent to the federal government by the provincial government on June 29 which hasn’t been responded yet.

The meeting unanimously decided that the rights of the province would be protected at every cost.

“An agreement with the IMF is a collective responsibility; however, protecting the interests of the province is also our foremost responsibility which would be fulfilled any way. The people of merged areas are our brethren, and they would not be deprived of the free treatment facility,” they observed.

“No decision to ink MoU has been taken as yet and we don’t want to do politics on this issue. However, the MoU will be signed when our concerns are addressed by the federal government,” they remarked.

The federal government, they said, has been treating the provinces especially KP as a separate unit and despite financial constraints, the chief minister has approved to continue the Sehat Card Programme within the province’s own resources.

In this regard, they informed that necessary arrangements were being made to continue Sehat Card Scheme till the transfer of funds from the federal government.