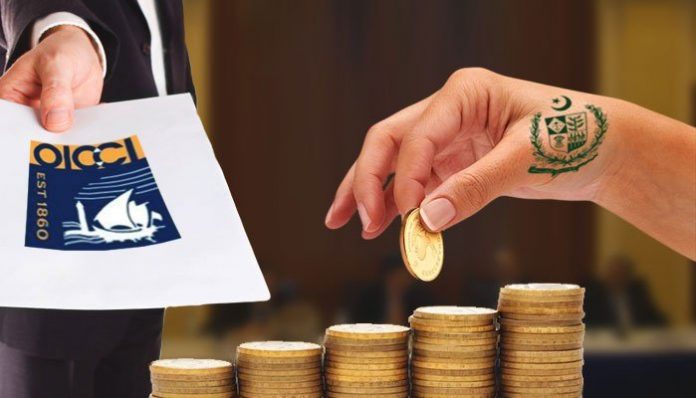 ISLAMABAD: The Islamabad Chamber of Commerce and Industry (ICCI) on Sunday claimed that multilateral donors as well as friendly countries are hesitant to help Pakistan under the current serious economic crisis.

While asking all political parties to take the current economic situation seriously, the business community based in Islamabad decided to take a lead to pressurise political leaders to devise a “Charter of Economy” to maintain a consistency in economic policies – irrespective of political change.

In this regard, past presidents and senior leaders of the ICCI held a press conference here at the National Press Club and announced that the chamber will hold an all parties conference for the revival of the economy on August 6.

President ICCI Muhammad Shakeel Munir said that the grave economic situation faced by the country was nothing short of a threat to the nation’s stability. “The current economic meltdown is clear to you all but the most serious problem is that multilateral donors as well as friendly countries are reluctant to help Pakistan which is a clear sign that a massive economic storm has arrived,” he added.

Highlighting that apart from the overall economic situation faced by Pakistan which includes energy shortage, high inflation, heavy debts, he said that many things were not visible to the general public, however, their chain reaction can have serious consequences in the overall retail end, which will eventually hurt consumers.

The president ICCI said that the restrictions by the State Bank of Pakistan (SBP) upon letter of Credit (LC) and sharp declining foreign currency reserves can lead to a situation where goods and items will be in short supply in the markets.

“Such a situation will lead to public outcry and law and order situation, mainly in urban areas where the economy is totally based on consumerism. Which is why we are organising an all parties conference on August 6 to highlight these issues with the decision makers,” he added.

On the occasion, former president ICCI and Group Chairman Khalid Iqbal Malik emphasised that the conference is an apolitical event and was simply being held to bring all those who matter on one page.

“We want everyone including the business community, politicians, the general public and state institutions to seek a way out and ensure that such a situation does not come up again.” Malik added, “We are not into any political game nor are we here to extend support to any party.”

He said The ICCI has already started discussions with several economists seeking their input and collective thought of experts will be presented in the conference.

“To this end, technical suggestions finalised at the end of the Revival of Economy Conference will be shared with all other chambers of country and the FPCCI, as well as provincial governments. The ICCI is confident that the deliberations of the conference will be implemented without political prejudice for the betterment of the economy,” he said.

The ICCI president concluded with emphasising that consistency of policies was one of the key demands of local and foreign investors from all governments in Pakistan.