Regulatory, custom and sales tax on import of CBUs being increased by three times 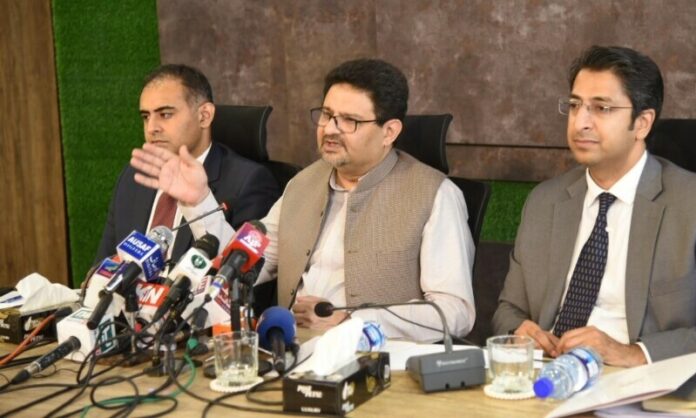 ISLAMABAD: Finance Minister Miftah Ismail on Thursday announced lifting the ban on the import of luxury items as desired by the International Monetary Fund (IMF) and World Trade Organization (WTO).

Addressing a press conference here at the federal capital, the finance minister said that if the government had a limited amount of dollars and its foremost priority was to provide basic necessities to the country’s population, then its choice was very simple. “Do we buy cars or grain with those dollars? Do we buy mobile phones or pulses? Do we buy oil and ghee or home appliances? Our choice becomes very simple.”

However, he added that the ban was lifted as wished by the international community.

He further said that although the ban is being lifted, duties – regulatory, custom and sales tax –  are being increased by three times on the import of CBU items including vehicles, mobile phone, electronics, imported meat and fish, shoes, purses, and packed food items to make the import difficult.

Miftah Ismail admitted the smuggling of imported items through green channels, stating that despite an import ban for over three months, one can easily get imported fish and meat in restaurants of Islamabad, Karachi, and Lahore.

Talking about the IMF Executive Board’s meeting scheduled for August 29, Miftah said that the government has also complied with the electricity tariff, committed that a budgeted and funded subsidy will be provided on electricity and that the primary deficit target of Rs153 billion will be met. “The government will not provide a no non-funded subsidy,” he reiterated.

The finance minister said that mistakenly fixed retail tax was imposed on small traders whose electricity bills were just Rs1,000 to Rs2,000; therefore, the government will withdraw the notification in this regard, adding that the target of collecting Rs27 billion as a fixed tax on retail will be withdrawn but variable five per cent sales tax and 7.5 per cent income tax will be charged from every shopkeeper for the next three months, up to October 1, 2022.

The gap in the shortfall, he said, will be bridged by imposing Rs36 billion additional taxes on tobacco.

He informed that four companies have purchased track and trace systems which will make monitoring of this matter effective.

Furthermore, the finance minister said that there won’t be any sales tax on the subsidy on electricity. Through the ordinance, the sales tax on peter engine (diesel one engine) is being removed while the government will also consider the removal of tax on import of agricultural implements.

Replying to questions, the finance minister maintained that the country has fulfilled all prior actions and the funding gap identified by the Fund has been met with the help of friendly countries including the KSA, the UAE, and Qatar, and China, that rerolled a $2 billion loan.

He said that the IMF wants forex reserves to total $16 billion. “The UAE has announced to invest $1 billion whereas the remaining $3 billion is expected from other countries. Although Saudi Arabia has not yet announced anything, my understanding is that the IMF has scheduled its Board meeting, which means that the Fund may have gotten assurance from other countries in this regard that the $4 billion funding gap was fulfilled,” he said.