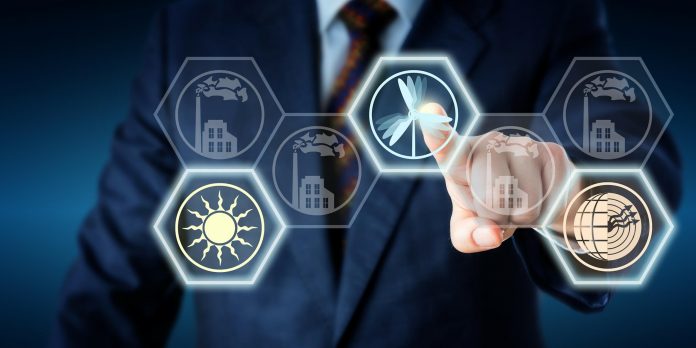 The Russian invasion of Ukraine created a ripple effect in the energy markets as the largest producer of energy in the world was suddenly taken out of the market due to economic sanctions.  However, such sanctions did not hamper its ability to generate export earnings as an acute shortage of energy in the market led to a massive spike in the price of oil, and gas alike.  Europe which was (and still is) heavily dependent on Russian gas to fire up its economic growth, and heat its homes was in for a rude awakening as wholesale electricity prices increased by more than five times in many jurisdictions, taking a heavy toll on both commercial and residential electricity bills.  More recently, wholesale electricity prices in Germany have exceeded a fresh high of EUR 500 per MWh, against an average of EUR 50 per MWh only about twelve months back, increasing by almost ten times.

Household electricity bills are expected to quadruple in many jurisdictions within Europe during the next few months as the continent pays a premium to ensure uninterrupted access to electricity in the tightest energy market in decades.  A massive surge in electricity bills comes at a time when inflation across the developed world is at its two decade high, and real incomes continue to erode.  As disposable incomes squeeze, a downward shift in aggregate demand has the potential to kickstart a recession – which can’t be fixed by printing more money.  Central banks can certainly print more money, but they cannot print more electrons which can generate electricity.

An inadvertent consequence of the same is an insatiable growth in demand for LNG, wherein prices for LNG cargoes on the spot market continue to post new highs, more recent being US$ 50 per mmbtu (million British thermal units), compared to an average of US$ 11 per mmbtu pre pandemic.  As Europe continues to buy every available molecule of gas in the spot market, it is essentially pricing out other developing countries.  To avoid blackouts in Europe (which has considerably high consumption of electricity per capita relative to other developing markets), blackouts are materializing in developing markets, including Pakistan, Bangladesh, and other jurisdictions which cannot buy cargoes in the spot market and are totally priced out.

There are instances where energy traders are redirecting cargoes which were originally directed towards developing markets to Europe, given the availability of higher prices there.  In-effect, Europe is exporting blackouts to the developing world, as it wakes up from its excessive reliance on cheap natural gas provided by Russia.

Pakistan being a low to middle income economy struggling with perennial external deficits and priced out of both energy and debt markets.  As electricity generated from hydropower tapers off during winter, and as demand for natural gas grows during winter, extended lockdowns cannot be ruled out given unavailability of LNG, and depleting natural gas reserves.  The country continues to get LNG cargoes from Qatar at a fixed slope on a long-term contract, but inability to buy cargoes on the spot market due to being priced out will continue to weigh heavily on the ability to generate uninterrupted electricity during the colder months.  Similarly, heightened coal prices given a tight market for coal in decades also makes imported coal unaffordable for the country, due to which we may also not see any significant generation of electricity via the coal fired power plants.

In such a scenario, the winter will be dark, and it is time that the policy makers prepare accordingly, whether that is through energy conservation, recalibration of the mix, or through reallocation of energy sources from one economic sector to another.  A recession in Europe will inadvertently have an adverse impact on Pakistan’s exports as well given that Europe remains a key market.  A multi-year strategy needs to be in place in view of existing, and emerging global macroeconomic risks.

The upcoming winter will be dark, but whether the next winter, and the one following that and so on will also be dark largely depends on policy decisions that are taken during the next few months.  There needs to be a pivot towards energy security in the near term, and that means fast tracking exploration and utilization of indigenous coal.  Similarly, there needs to be a well thought out conservation and public transportation strategy to reduce reliance on imported energy in the mid to long term.  Inability to take such decisions will threaten our energy, and economic security further weakening an already fragile economic position.

Facebook
Twitter
Linkedin
WhatsApp
Email
Previous articleThe return of the auto-loan defaults?
Next articleFor the love of all that is good, leave Miftah alone!