One of Pakistan’s mightiest crops, the potato has suffered from overproduction and lack of government attention 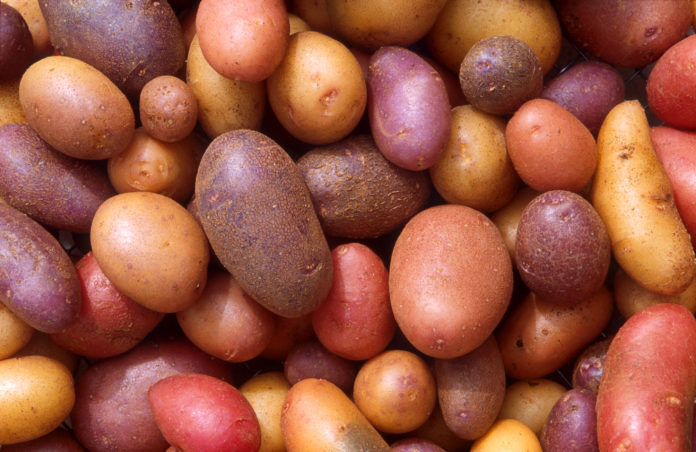 At the British library in London, tucked away in their vast collection is the Nimatnama — The Book of Delights. This incredible manuscript holds within it a wealth of recipes from the court of Sultan Ghiyas al-Din Khilji, the 15th century ruler of the Malwa empire which had seceded from the Delhi Sultanate.

By all accounts, the book is a fascinating exploration of the cuisine of its time, detailing in meticulously written Naskh script the recipes and cooking techniques that went behind some of the Sultan’s favourite dishes. It is a thoroughly gluttonous book. It provides very specific instructions to prepare mouth-watering dishes featuring quail, partridge, mutton, all cooked in generous amounts of ghee and flavoured to the teeth with cardamoms, cloves, coriander, fennel, cinnamon, cassia, cumin and fenugreek. Yet, perhaps one of the most fascinating parts of the entire book are the eight different recipes it provides for samosa — none of which feature potatoes in any way, shape, or form.

The case of the missing aloos in the Nimatnama has been documented, discussed, and dissected before this. Today, the first thing you think of when a samosa is mentioned are potatoes. Yet this lumpy, brown, root that is an incredibly common part of pantries all over the subcontinent is neither native to this land nor has it been around for too long. The first potatoes were brought to India from Peru by Dutch settlers in the late 17th century and planted along the Malabar coast. However, it would not be until the late 18th century, when the British would promote the growth of potatoes all over the subcontinent, that they would quickly assimilate into Indian cuisine and become a vital if oft-ignored hero of many dishes.

So think, for a moment, about this humble vegetable. Once the sole property of native Peruvians, its journey across the New World to Europe and then Asia beyond it has in only a couple of centuries turned it into the fifth most important crop in the world after wheat, corn, rice, and sugarcane. Easily grown, versatile, and, most importantly, delicious, good potato crops have managed to feed entire nations, while bad harvests have led to famine, starvation, and death. So what is the state of potatoes in Pakistan?