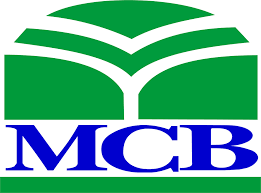 MCB Bank has completed the due diligence for acquiring NIB Bank Limited. The acquisition is being made in order to scale-up operations and expand branches of MCB.

As per analysts another possible reason is the expected tax benefit of Rs 9.5 billion in the form of deferred tax asset currently on the balance sheet of NIB Bank, which can lower MCB’s tax rate to 11 per cent from 35 per cent if it is utilised completely in 2016.

Once the banks have reached the commercial terms and conditions of the proposed merger, the SBP will consider their request under Section 48 of Banking Companies Ordinance (BCO) 1962.

However, officials of both the banks have declined to comment on it. It is unclear what the MCB Bank would pay for the takeover. When the rumour of a merger surfaced in March this year, the market responded positively and the share price of NIB went up. However, it is also true that the bank has a very high ratio of non-performing loans as a percentage of outstanding advances.

Analysts said that Temasek wanted to sell its stake in the bank after heavy losses, and the sovereign fund was looking at a paper loss of about $400 million of its $540 million investment.

Many analysts believe that the takeover would allow MCB to gain the status of leadership in the market by growing its network by 14 per cent, while NIB Bank would have a good chance at getting out of losses. It posted profit after tax of Rs 2.617 billion in 2015 as against a loss after tax of Rs 508 million in the year 2014.

After the acquisition, MCB will become the second largest bank in Pakistan with 1,424 branches while its deposit base is likely to go up by 17 per cent to Rs 830.5 billion.

War on cash – Will the real payments revolution please stand up?

Contrary to common perception, Pakistanis are absolutely desperate to begin using internet-based payments; will the handful of well-funded fintech startups be able to break through the massive barriers to entry and get Pakistan on the road to its digital revolution?
Read more
BANKING

KARACHI: In view of the coronavirus outbreak, the State Bank of Pakistan (SBP) on Monday announced to not issue fresh currency notes for Eid-ul-Fitr...
Read more
BANKING

BEIJING: The banking sector has topped among other businesses that thrived during the present times of economic crisis in Pakistan, China Economic Net (CEN)...
Read more
- Advertisement -