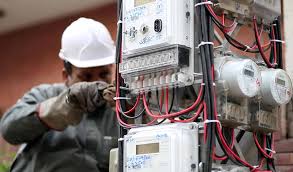 The federal minister issued the directions in a review meeting attended by the officials of the Power Division, PEPCO (Pakistan Electric Power Company), PITC (Power Information Technology Company), AEDB (Alternative Energy Development Board) and other concerned organisations here on Thursday.

Similarly, the federal minister also directed to issue displeasure to CEOs of QUESCO and SPECO for not displaying load and other related information for facilitation of Net Metering on their websites.

Sardar Awais Ahmed Khan Laghari directed that 100 per cent meter reading for agriculture tube well in MEPCO region from this month i.e. November 2017 shall be through Automated Meter Information to ensure 100 per cent accuracy. There are 43000 AMI (advanced metering infrastructure) meters already installed in MEPCO region for agricultural tube wells.

“It was further directed that SMS must be sent to the agricultural consumers regarding the meter reading in time so that they should have a complete record of their energy consumption,” said Power Division.

According to a press statement, the Power Division Federal Minister directed that SMS service for consumers for the dissemination of information regarding meter reading, bill and electricity-related matters be initiated in all DISCOs on the pattern of IESCO’s Roshni services.

Sardar Awais Ahmed Khan Laghari directed to develop a smartphone application for consumers which can help them to get information regarding load management, shut down etc of their respective feeders besides their own electricity bills.

The minister was informed that all DISCOs have initiated publicity campaign to register the mobile numbers of consumers for sending SMS alerts regarding the meter reading and generation bills. He was informed that until mid of next month the process is expected to be completed.

The minister was briefed that DISCOs are also working to put in place transparent and consumer-friendly services for the provision of new electricity connections. The system will be centrally connected with IT-based solutions and the consumers will be getting information via SMS regarding his application on the analogy of system developed by NADRA.

The PITC informed that as per the directions of the minister, power sector related smartphone application will be finalised by early next month.