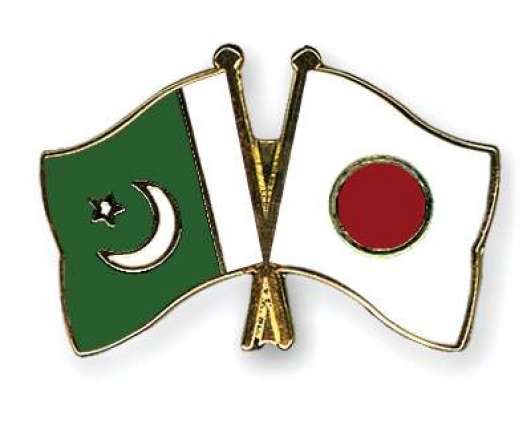 ISLAMABAD: The government of Japan would provide an amount of $2.7 million and $5 million respectively for Food and Agriculture Organisation (FAO) of the United Nations (UN) to implement two projects including the enhancement of Foot and Mouth Disease (FMD) control and the provision of livelihood in the Federally Administered Tribal Areas (FATA).

An agreement to this effect was signed between Ambassador of Japan to Pakistan Takashi Kurai and FAO Representative in Pakistan Minà Dowlatchahi.

Federal Minister for National Food Security and Research Sikandar Hayat Khan Bosan was also present at the signing ceremony. A grant agreement on the details of implementation of the project was signed and exchanged between Japan International Cooperation Agency (JICA) Chief Representative Yasuhiro Tojo and Minà Dowlatchahi at the same ceremony.

Foot and mouth is a highly contagious disease of cloven-footed animals that threaten food security and the livelihoods of smallholders and prevents livestock sector from achieving its economic potential. Due to this disease milk production may drop 50 to 70 per cent and mortality of young calves also decreases.

The project will significantly improve the FMD outbreaks surveillance and rapid response mechanism for disease control and reduce the incidence of FMD outbreaks in the country.

In the second phase of the same project, the government of Japan through FAO will provide support to about 32,000 households in the targeted agencies of FATA, Kurram and Khyber.

The project will help reduce poverty and promote economic opportunities in the region through agriculture development which will support stabilisation and economic growth in the area.

This project is in line with the “FATA Sustainable Return and Rehabilitation Strategy”, launched by FATA Secretariat and implemented in collaboration with UN agencies and donor countries including Japan.

Speaking on the occasion Federal Minister for National Food Security and Research Sikandar Hayat Khan Bosan said that government considers agriculture as a key area of focus to ensure food security for all segments of the society.

A growing agriculture sector not only plays a vital role in boosting the national economy but also reduces poverty and improves access to food. Improving nutrition diversification of agriculture by an enhanced focus on high-value horticulture, livestock and fisheries is the main thrust of the new ‘Agriculture and Food Security Policy’, he added.

Takashi Kurai said that agriculture sector is a vital component of Pakistan’s economy and its steady growth is a prerequisite for the overall development of the country and these two projects will not only contribute to increased production of agricultural goods but also to the socio-economic development of Pakistan.

Spaking on the occasion Yasuhiro Tojo said that the project would make a significant contribution toward stabilisation of the area and essentially focus on value chain development to boost commercial agriculture in FATA.

Furthermore, the project will be expected to facilitate women participation in various interventions, particularly in homestead poultry, kitchen gardening and food and grain storage/preservation.

Thanking the government of Japan for its financial assistance, Minà Dowlatchahi said that these projects will cover important areas of interventions for the FATA Transition Plan. “They will contribute to the development of the agricultural sector in FATA region by improving food security, boosting economic activities and markets and as a result help achieve peace and security in the area.”

The FMD project emphasises the importance of animal health as part of the One Health agenda, which is crucial for addressing food insecurity, improving nutrition and rural livelihoods that are dependent on livestock, she added.