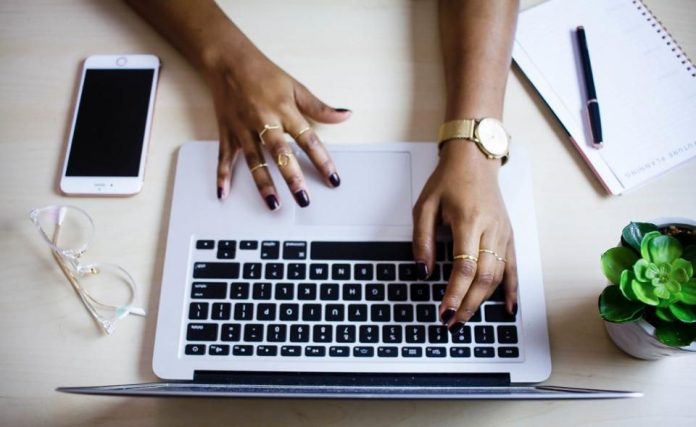 Maham Sohail runs a food delivery service page on Facebook, Home Bakers. As the title suggests, she delivers homemade food items of everyday menu to her customers, operating from the comfort of her home.

“Due to personal reasons, after my graduation I was unable to pursue a career,” said Sohail. “Out of sheer boredom, my mother and I started a one-dish menu business. The venture flourished and our food became quite famous.”

Despite the stifling patriarchal pressure, at 30 percent in fiscal 2014, Pakistani women have still been a macro level workforce. Although the taboo attached to having a white-collar job, owning a business or prioritizing career is frowned upon, women in the present day and age have thrived immensely in all walks of life, including the corporate world.

A major reason behind the recent surge in the economic participation of women has been spawned by the commercial opportunities provided by the social media over the last decade – especially the last few years.

Women are now getting a fair chance to establish a business with relative ease as social media now allows them to juggle between family and work seamlessly. This platform of contemporary media assists women to sustain a balanced family life and own a business and thrive economically at the same time. The prospect of running a home-based business and still being able to cater to a large number of clients are a major attraction for women with sous for entrepreneurship.

“Initially, I created a WhatsApp group with my friends and relatives to tell them about my venture. They then spread the word for me and I received numerous orders which encouraged me to create a Facebook page,” Sohail said of her business that gives her around six orders a day, and sometimes even more, up from one to two per day when she started it.

The local data regarding women-owned Facebook pages is not available but Facebook insights released in February 2017 reveals the number of business pages has reached 65 million globally, a large chunk of which is owned by women.

Though other social media platforms, such as Instagram, Snapchat, WhatsApp, and Twitter are also in the race, Facebook is the number one platform aiding home-based businesses with its  1.94 billion monthly active users (as of March 2017).

On the national front, as per data available from September 2015, more than 30 percent of Pakistan’s 32 million internet users preferred to use Facebook.

A breakdown of Pakistan’s Facebook users indicates that nearly one-fifth of these are women. According to a Facebook insights tool (2017), Pakistanis have crossed the benchmark of 25 million users, with the number of men anywhere between 15-20 million while the rest are women.

With an overwhelming majority being homemakers, our women still took advantage of the advent of social media and decided to make a living out of it.

“The reason I started my business on social media is because more and more people are joining the internet and I can reach out to a larger audience through this,” said Samra Sheikh, a 22-year-old student running an online handmade card business, Cartolina.

Card stalls, the conventional way of selling cards, only work well if it’s a major show like Crafter’s Expo, ElanWot or the like, Sheikh said explaining why she preferred the social media path over the conventional mode of business.

“My biggest sales occur during festivals like the Eids, the Ramadan, and the Valentines. Who would want to spare the time to come out and buy cards on such occasions? People like to be with their families at these times,” she added.

Launch of 3G coincides with the invasion of new users:

Since the launch of 3G service in Pakistan, more than 1 million people on an average have been joining the internet each month. This invasion of new internet users provided an opportunity to Sohail, Sheikh, and many others to build a career which otherwise would have been extremely difficult.

It might be true that self-conscious females may be as keen as their male counterparts in their enthusiasm to post a selfie every other hour, but it is undeniable that women have been quick to recognize and grab the many advantages a social media based business has to offer – something well explained by the fact that 76 out of every 100 women are social media users, compared to men with a ratio of 72.

“A major reason behind women getting into these online businesses is the optimised outcomes they provide. Today, otherwise modest and submissive housewives have displayed the chutzpah to run businesses through their laptop screens,” said social media analyst Syed Raza.

“People start businesses on Facebook because it’s just an easy way. You don’t need a lot of capital, you don’t have to pay rent or utilities, you already have a room that you’re operating out of,” said Jahan Ara, Chief Executive Officer of Nest i/o – a technology incubator of Pakistan Software Houses Association for IT and IT-enabled services. “Also, your family and friends can help spread the word.”

These businesses, says Jahan Ara, always have a possibility of growing out of homes and turning into full-fledged office-based ones, in the process raising investment to expand further.

Undoubtedly, the tool of new media has enabled women to not only work from home but also to stay in touch with their clientele. It is now easier to receive first-hand feedback instantly through social media. Today, not only home-based but also conventional business owners are using social media to remain visible to their consumers.

“It is okay if you do not have a huge investment or big budgets. Just put immense effort and with time you’ll be successful,” said Sohail – a good case study for women who want to venture into entrepreneurship, from the comfort of their homes.