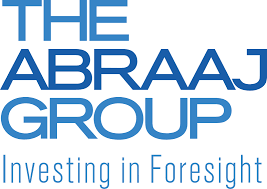 Two other senior executives are also preparing to leave, three people with direct knowledge of the matter said. The investment firm, which manages $13.6 billion in assets, is also considering a round of job cuts, they said.

Abraaj has shaken up its management, suspended new investments and undertaken a review of its corporate structure following a dispute with four of its investors over the use of their money in a $1 billion healthcare fund.

Abraaj has always denied reports that it misused the money but the scandal at the Middle East’s largest private equity firm is seen to have taken the shine off a fast-growing sector in the region.

Ashish Dave, Abraaj’s CFO and partner, confirmed that he had left the firm.

“I resigned six months ago to spend time with my family and pursue other opportunities,” he told on Sunday.

A new chief financial officer, appointed from within the company, would be announced soon, one of the sources said.

CEO Arif Naqvi, who founded the firm in 2002 and turned it into a major emerging market investor , stepped aside from running the fund, Abraaj Investment Management Ltd, in February. He will remain chief executive of Abraaj Holdings, which was separated from the fund as part of the changes.

The three sources said that Mustafa Abdel‐Wadood, managing partner and global head of private equity, and Ahmed Badreldin, head of MENA private equity, informed Abraaj several months ago that they wanted to leave but were asked to stay on to help support the company during a difficult period.

Badreldin told by phone that he had not resigned from the company.

An Abraaj spokeswoman said both Badreldin and Abdel-Wadood were still in their positions at the firm.

“Ahmed (Badreldin) remains a partner and head of the MENA region…,” she said in an emailed statement.

She also referred to its statement on February 23 that said Abdel-Wadood continues in his full-time role as member of the Global Investment Committee and as managing partner of Abraaj Investment Management Ltd.

A round of job cuts are also expected at the firm, the sources said, but the newly appointed co-chief executives have yet to make a final decision on the matter.

The spokeswoman did not comment on the job cuts. The statement said that Abraaj had announced a comprehensive re-organization of its business and an independent review of its structure. The review is expected to be completed within a few weeks.

Abraaj said last month it had appointed KPMG in January to look into the finances of the healthcare fund and within days it said the auditor had completed findings and verified all payments in line with agreed procedures.

Last week, Abraaj told in an email that the firm had begun freeing large investors from millions of dollars in capital commitments after deciding to suspend its new fund.

In the last year, Abraaj has seen other high-profile departures due to friction over the company’s rapid growth, two of the sources familiar with the matter said. They said the departures included Tom Speechley, a partner and former head of the firm’s North America business, and Walid Bakr, a managing director who focused on Egypt.