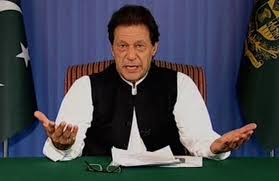 ISLAMABAD:  As the government has decided to cut development expenditure in budget 2018-19 to meet deficits, the Ministry of Finance has started reviewing the social safety nets to fulfill promises made by Prime Minister Imran Khan to uplift the poor and vulnerable people of the country.

According to insiders, the Ministry of Finance (MoF) has started analyzing various options including further strengthening the Benazir Income Support Program (BISP). However, this option is being opposed by some members of the economic team.  The other options would introduce PM Health and nutrition program, PM Rozgar scheme and a skill development program.

“The health and nutrition program will be targeted to reduce the number of stunted children, as highlighted by Prime Minister Imran Khan in his victory speech on July 26, and again in his first address to the nation on August 19,” said sources at the ministry. Stunting is the impaired growth and development that children experience from poor nutrition, repeated infection, and inadequate psychosocial stimulation.

Besides, an employment scheme (PM Rozgar programme) and a skill development programme would be targeted to generate employment as promised by the ruling party during its first 100 days. The PTI, in May 2018, while unveiling its 100-day development and reform agenda, had promised that it would create 10 million jobs within five years with the provision of skills to youth.

According to the sources, the major cut in the development side, especially targeting the unproductive projects, started by the previous government, would facilitate the introduction of new programmes for youth. However, experts believe, the major cut in development expenditure in this financial year will also cause loss of jobs.

“As the BISP targets the deprived and neglected segment of the society, strengthening and expanding the existing programme also is an option. The multiple programs under one roof could be started as the BISP caters to a diverse set of programmes: Waseela-e-Taleem, the National Socioeconomic Registry (NSER), E-Commerce, Cash Grant, Waseela-e-Haq and Waseela-e-Sehet,” said the source.

Previous governments had also already made allocation for a number of social uplifting programmes, including Prime Minister’s Interest Free Loan Scheme, the Institutional Development and Social Mobilization, the Microfinance Portfolio Management, the Livelihood, Employment and Enterprise Development, and also with regard to Disability, Community Physical Infrastructure, Water, Energy and Climate Change, Education, Health and Nutrition.

However, the PTI is reportedly interested in embarking on a new programme in the social safety net. The introduction and projection of this programme were also being considered to reduce criticism the government may face in case of increasing taxes, cut in the development fund and an increase in the utility charges.

The source in the finance ministry claims, the new government is working on scaling down the federal development programme to about Rs775 billion, from the existing Rs1,030 billion, in the revised budget. However, the major cut will leave the China-Pakistan Economic Corridor (CPEC) and other strategic development projects untouched.