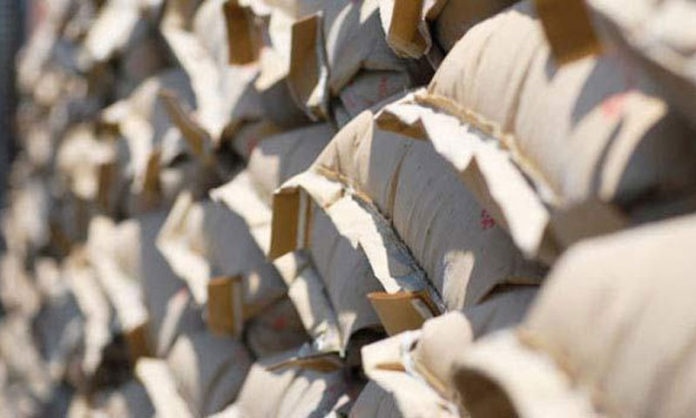 Cement export has posted 18.9 per cent growth in the month of September, according to official reports.

Experts said that the industry closed the first quarter of this fiscal on a moderate note, adding that this growth pales when compared with the high growth the industry maintained in the past five years.

ISLAMABAD: The country's steelmakers have demanded the government to implement uniform standards for steel and its raw material in the country, sources revealed on...
Read more
Agriculture

ISLAMABAD: Pakistan has achieved a breakthrough in banana production, as the country’s apex agricultural research institution has developed two varieties of the fruit for...
Read more
Agriculture

A large number of sugarcane farmers from different areas of Bahawalpur district have claimed that the district administration is not taking action against the...
Read more
Agriculture

LAHORE: The management of Fauji Cement Company Limited (FCCL) is expecting a double-digit growth in cement despatches for the financial year 2019-20 (FY21), it was...
Read more
- Advertisment -