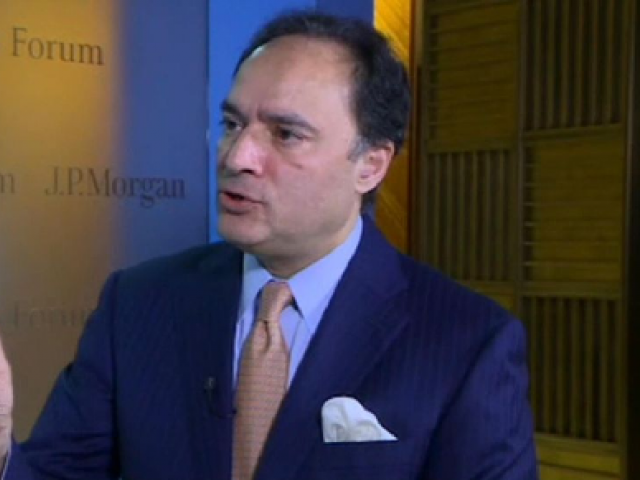 Habib Bank Limited (HBL) President and CEO Muhammad Aurangzeb has emphasised on the need to formulate an export-based model so that the government policies could become sustainable in the long run.

During an interview on the sidelines of the IMF/World Bank annual meetings, the HBL president introspected that the Pakistan government has “indeed some difficult decisions to make” in order to narrow the fiscal deficit and come up with solutions that “encourage an increase in exports as well as the tax base” of the country.

He pointed out, “With dwindling reserves, a breathing space is required…that is where the IMF comes in,” adding that the recent devaluation in the value of rupee will ultimately help the exporters of Pakistan.

Speaking on China’s Belt and Road Initiative (BRI), he pointed out that the China Pakistan Economic Corridor (CPEC) stands out as the initiative’s flagship in terms of investment being made in Pakistan’s energy sector, roads and other infrastructure projects.

CPEC projects will boost Pakistan’s exports in the medium-to-long term and would ultimately pay back and create a long-term positive effect on the balance of payments, he opined.

“A lot of these projects, especially energy projects, should be invoiced and settled in RMB (Chinese currency) and should not be based on a dollar index,” he suggested, highlighting that HBL is “the only Pakistani bank that has a physical presence in China.”

With regard to the future and digitalization, he emphasised, “HBL thinks of itself as an IT company with a banking license.”

The annual meeting of the IMF and World Bank Group boards of governors was held in Bali, Indonesia, from October 12-14. Both the IMF and WBG undertook a pledge to bring together central bank governors, ministers of finance, senior parliamentarians, captains of industry, representatives from civil society organisations and academics to discuss issues pertaining to world economic outlook, poverty eradication, economic development, and aid effectiveness.