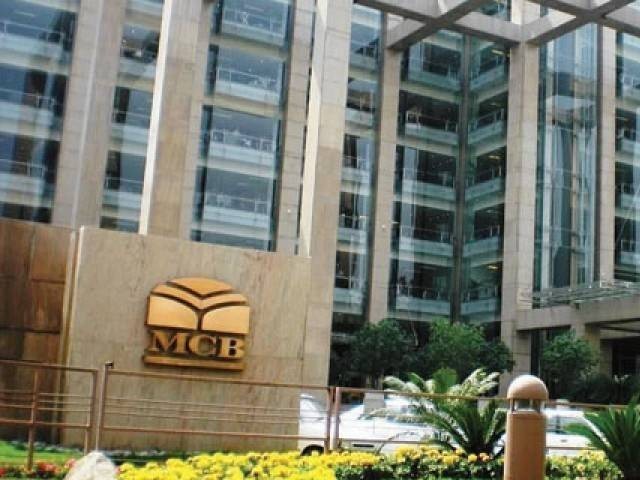 The MCB Bank Limited board of directors met under the Chairmanship of Mian Mohammad Mansha on Wednesday to review the bank’s performance and approve the financial statements for the nine months period ended September 30, 2018.

Strategic management of the earning asset mix resulted in 7.70 per cent increase in net interest income over the corresponding period last year. Analysis of the interest-earning assets highlights that income on advances increased by Rs6.8 billion, primarily on account of significant increase in average advances volume of Rs99 billion with improved yield of 49 basis points (bps). On the investment side, the average volume dropped by Rs79 billion with an increase in yield of 5bps, resulting in an overall decrease of Rs4 billion in investments income.

The interest expense of the bank increased by Rs1.1 billion with growth in average deposits by Rs138 billion when compared with the corresponding period last year. Current accounts registered an average increase of Rs51.3 billion improving the concentration level to 38 per cent of total deposit base as at September 30, 2018. The bank continued to enjoy one of the highest CASA base in the industry of 92.46 per cent.

The non-markup income block of the bank was reported at Rs11.76 billion, reflecting a decrease of 15 per cent when compared with the corresponding period last year, primarily on account of capital market performance. The bank continued with its focus on core non-fund based income stream which was reflected in 9 per cent growth in the fee, commission and brokerage line.

Income from dealing in foreign currencies reflected an increase of Rs196 million (+18 per cent) when compared with the corresponding period last year.

On the administrative expenses side, the bank reported an increase of 12.47 per cent (excluding pension fund) over the corresponding period last year with major increase in personnel cost, rent, depreciation and repairs, mainly associated with Ex-NIB operational activity.

Administrative expenses include one-off expense of Rs1.90 billion on account of past service cost based on actuarial valuation of pension cost payable as per the Supreme Court’s order. On the provision against advances front, the Bank continued with its recovery trajectory and posted a reversal of Rs. 1.92 billion, with Rs. 220 million reversals in provision against investments.

The total asset base of the bank on a standalone basis was reported at Rs1.296 trillion reflecting a decrease of 2.4 per cent over December 31, 2017. Analysis of the assets mix highlights that net investments have decreased by Rs203 billion (-30.87 per cent) with lending to financial institutions increasing by Rs138 billion to leverage the interest rate volatility as at September 30, 2018.

On the liabilities side, the deposit base of the bank registered a significant increase of Rs64.17 billion (+6.63 per cent) over December 2017 which resulted in the bank crossing one trillion

The increase of Rs64.17 billion is net of the deposits transferred to MCB’ wholly owned subsidiary MCB Islamic Bank Limited to the tune Rs21.92 billion.

The earning per share (EPS) for the nine months period was Rs12.08 as compared to Rs16.86 during the same period last year. Return on assets and return on equity were reported at 1.45 per cent and 13.98 per cent respectively, whereas book value per share was reported at Rs115.24.

The board of directors declared 3rd interim cash dividend of Rs4.0 per share for the nine months period, which is in addition to Rs8.0 per share interim dividend already paid to the shareholders.