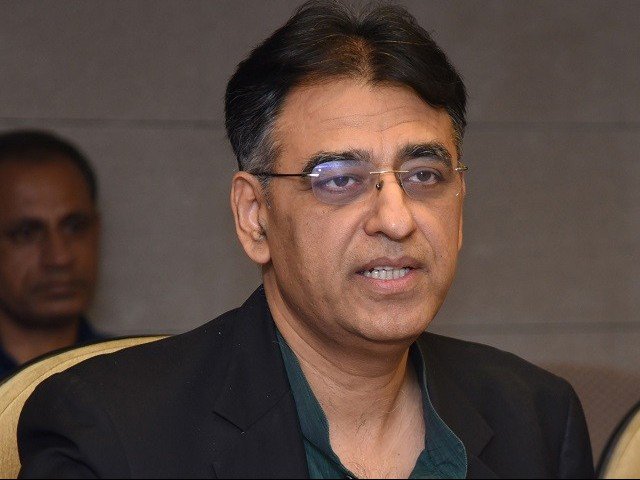 ISLAMABAD: Finance Minister Asad Umar Thursday claimed that the Pakistan Tehreek-e-Insaf (PTI) government had nothing to do with the increase in electricity rates as the NEPRA had recommended the price hike “before the PTI government had even taken shape”.

“Our government had nothing to do with even a penny of this hike,” the minister said while addressing a press conference, flanked by Information Minister Fawad Chaudhry and Power Minister Omar Ayub Khan.

The government has increased the electricity price by just Rs 1.27 per unit, unlike the Rs 3.82 per unit increase recommended by NEPRA [National Electric Power Regulatory Authority], the finance minister said, adding that this determination of the price hike was completed in August.

“After the Economic Coordination Committee’s (ECC) decision and its sanctioning by the federal cabinet today, the average price hike (per unit) will be Rs 1.27 instead of Rs 3.82, which is less than one-third of what was recommended.”

The minister informed journalists that the government had saved 70 per cent consumers from additional burden in the recent electricity tariff hike, which is expected to generate an additional Rs 130 billion.

According to finance minister, the tariff for zero-rated industrial sector will also see no change in a bid to boost exports. The decision will help the government recover at least Rs 130 billion from the consumers on account of tariffs. Additionally, consumers will also pay Rs 21 billion in sales tax.

The government has also maintained the reduction in tariff for tube wells at Rs 5.35 per unit, which was announced by previous government in its last few months.

Finance Minister Umar said that the government will not exceed the Rs 105 billion limit of subsidy it announced in the budget for power sector.

NO CONDITIONS ATTACHED TO SAUDI ASSISTANCE

Responding to a question, the finance minister said that Saudi Arabia had not set any condition for the financial package it offered to Pakistan during the recent visit by Prime Minister Imran Khan to Saudi Arabia.

The Saudis did not make any demands that we refused to meet, he said, adding that they will stand by Pakistan’s side in “our time of need”.

Clarifying the conflicting reports about the actual amount of the package, the minister said that the total amount under deferred payment for oil comes to $9 billion ($3 billion every year for three years). To prop up foreign reserves, Saudi Arabia will provide $3 billion, taking the total volume of financial package to $12 billion, Umar said.

The finance minister clarified that there is no direct Saudi involvement in the China-Pakistan Economic Corridor (CPEC), which he emphasised, remains a bilateral venture between China and Pakistan.

“One month ago, when the Chinese finance minister came to Pakistan, we spoke to him about CPEC projects,” he said. “The entire programme is a bilateral project. Underneath the CPEC there are many more plans, in which we had discussed whether we can invite a third country to invest — to which China agreed. In this context, we had talked to Saudi Arabia for a project, and other countries could also join this.”

Umar asserted that there is no direct linkage of Saudi Arabia and CPEC.

To another question, the finance minister said that bailout amount Pakistan will seek from International Monetary Fund (IMF) would be determined once Islamabad receives expected estimates of financial assistance from friendly countries.

“The government is working on securing alternate means of funding as IMF contracts impact the entire financial system of a country,” he said in response to a question.

Regarding the recent protests by Utility Stores employees in Islamabad, the finance minister said that PM’s Adviser on Commerce Abdul Razak Dawood had been asked to formulate a plan to make the Utility Stores Corporation viable.

On the occasion, Minister for Power Omar Ayub announced that the government is all set to start a crackdown against major defaulters and power thieves, with the first phase starting from Lahore on Saturday. It will be followed by similar operations in Islamabad and Khyber Pakhtunkhwa (KP).

“The estimate for power theft is Rs250 billion while the amount for payable bills has reached Rs800 billion,” the minister informed. Moreover, the government has decided to install meters on transformers to identify power theft, he added.

The power minister said that the circular debt was presently recorded at over Rs1,250 billion which included Rs650 billion in current payables.