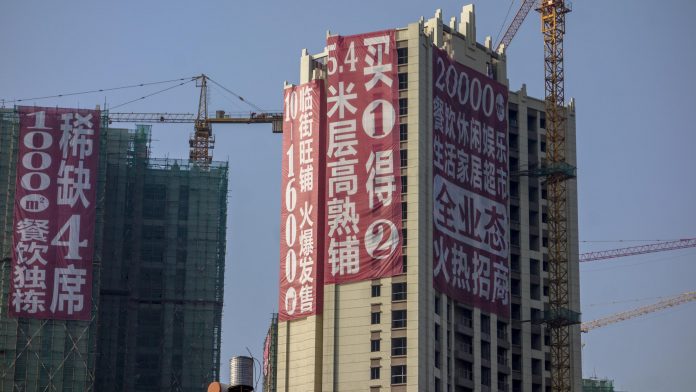 SHANGHAI/BEIJING:  China’s regional economies need to reduce their reliance on the property market for growth and instead focus on sustainable longer-term development, the Communist Party’s People’s Daily wrote on Wednesday.

Hundreds of cities across China have seen upswings in their local property markets in recent years under a long-term plan by Beijing to further urbanize the country.

In the last few years, the process of building new homes and revamping old ones has accelerated, backed by local governments keen to boost land sales and meet red-hot property demand.

But Beijing is concerned that some cities, looking for rapid expansion, have grown their property markets too quickly and at the expense of new industry development, adding potential froth to real estate prices.

“All areas should focus on their own urbanisation processes, develop their own pillar industries according to population mobility and resources, and form new points of growth to avoid the old road of relying on real estate to drive the economy,” the commentary quoted a professor at the Capital University of Economics and Business as saying.

The commentary, which appeared in the international edition of the People’s Daily, said a stable and healthy property market is crucial to the development of China’s changing economy.

It cited an analyst as saying that a thriving property market driven by reasonable prices boosts demand for both raw materials and downstream items such as appliances and home decoration.

Average new home prices in China’s 70 major cities rose for a 43rd straight month in November. However, the rate of increase slowed amid weaker growth in the country’s smaller cities, and soft home sales and land purchases suggest a dim outlook for the sector.

The article also comes as a number of Chinese city authorities seek to ease existing curbs on their property markets, despite broader directives from Beijing to keep prices in check.

Last week, the city of Hengyang rescinded an order to lift restrictions on property prices, having just introduced the easing measure a day earlier.

On Wednesday, the Hong Kong-listed shares of top developers China Vanke, Sunac China, China Evergrande, China Overseas Land & Investment and Country Garden all fell, some by as much as 6-7 percent.

CRIC predicted that the property sector will enter a period of stable growth this year, with the top 100 companies’ annual sales growth rate slowing to 20-30 percent.

CPEC to speed up industrialization, urbanization in Pakistan: Ahsan Iqbal