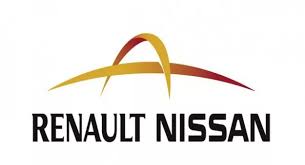 Le Maire made the demand after France’s CGT trade union voiced concerns over payments made to certain high-ranking executives via the alliance’s Renault-Nissan BV (RNBV) Dutch venture and called for more transparency at the carmaker.

Corporate governance inside the alliance has come under tight scrutiny after Japanese authorities arrested its chairman Carlos Ghosn in mid November on suspicion of under-reporting his income at Nissan.

Le Maire told CNews television that the government had written to Renault’s leadership to “request all details necessary for full transparency on these compensation payments”.

“I want to know who these payments were made to, if they were declared and therefore whether … the Renault board was aware of them.”

A Renault spokesman did not immediately return calls and messages seeking comment.

The Ghosn affair, sparked by a Nissan internal investigation, has rocked the auto industry, strained Nissan’s ties with Renault and complicated diplomatic relations between Japan and the France.

A one-time titan of the auto industry, Ghosn, who has since been ousted as Nissan chairman, is also accused of aggravated breach of trust in transferring personal investment losses to Nissan.

Ghosn denies all the charges against him.

Renault board members including the French state’s representatives have yet to be given full access to Nissan’s findings against Ghosn, which have been shared with Renault’s lawyers. The restrictions are justified by judicial confidentiality, the company has said.

Executives from both carmakers – including Renault General Secretary Mouna Sepehri, who oversees communications with the board – had looked at least twice at legal ways to pay Ghosn undisclosed income through RNBV or other shared finances, Reuters revealed last month.

Those two efforts were ultimately abandoned. Immediately after Ghosn’s arrest on November 19, 2018, however, Nissan told Renault privately it was extending its internal investigation to cover their Dutch-registered alliance holdings.

Ghosn will make his first public appearance in seven weeks at a Tokyo court on Tuesday after he requested an open hearing for an explanation on his continued detention.