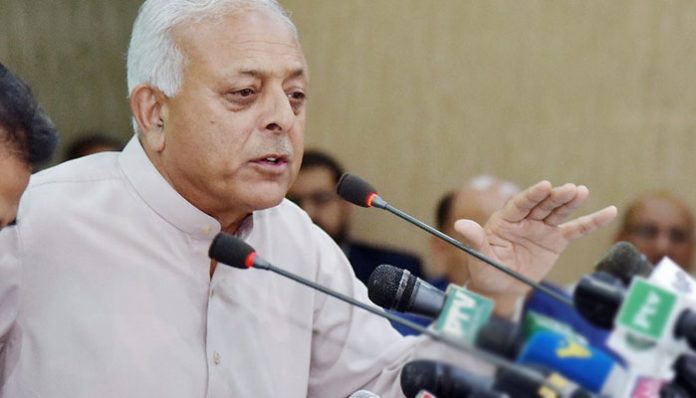 Saudi Arabia will invest $10 billion in Gwadar, Petroleum Minister Ghulam Sarwar Khan reiterated on Monday while talking to media upon his return from the Indian Ocean port.

“Saudi Arabia will invest $10 billion in Oil Refinery and Petro-Chemical Complex in Gwadar,” the minister elaborated. “Saudi Arabia will set up an oil plant that will refine over 200,000-300,000 tonnes oil per day.”

He said that construction process of the oil refinery is expected to begin this year and will be completed in incumbent government’s tenure.

Earlier on Saturday, the Saudi energy minister said his country plans to set up a $10 billion oil refinery in Pakistan’s deep-water port of Gwadar, which is being developed with the help of China.

He said Crown Prince Mohammad bin Salman would visit Pakistan in February to sign the agreement. The minister added that Saudi Arabia would also invest in other sectors.

It is pertinent to mention that Beijing has pledged $60 billion as part of the CPEC that involves building power stations, major highways, new and upgraded railways and higher capacity ports, to help turn Pakistan into a major overland route linking western China to the world.

“With setting up of an oil refinery in Gwadar, Saudi Arabia will become an important partner in CPEC,” Ghulam Sarwar Khan said.

HARIPUR: Prime Minister Imran Khan on Monday said that the investment in technology sector was vital to create employment for the youth as well...
Read more
HEADLINES

ISLAMABAD: The federal government has decided to offer a lucrative package of five-year tax holidays to encourage the oil refineries to upgrade their infrastructure and revert...
Read more
- Advertisement -