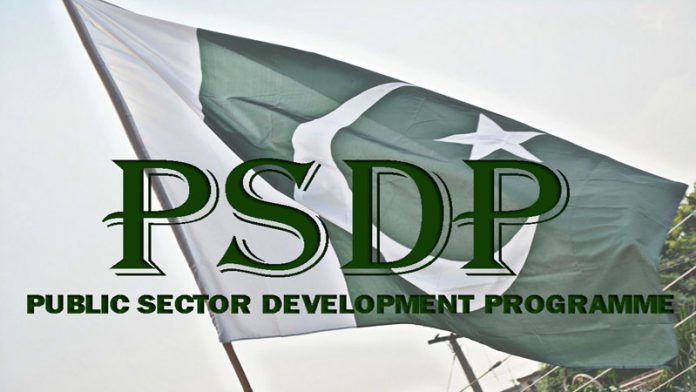 ISLAMABAD: Despite allocations under the Public Sector Development Programme (PSDP), funds were not released for over 200 development projects in the first half of Financial Year 2018-19.

As per available documents, the Ministry of Finance only released Rs225.54 billion so far under the PSDP against the allocation of Rs675 billion. The released amount is only 33pc against the required 40pc for the first two quarters.

As per the planning ministry, at least 40pc of the funds should be released in the first half of the financial year.

It is pertinent to mention that PSDP of Rs675 billion was already a revised one, as reductions were made by the incumbent government through supplementary budget last year.

According to sources, in the first quarter (July-September) of FY19, the government should disburse at least 20pc of the allocated amount, while the same target was set for the second quarter (October-December). For the third and fourth quarters (Jan-June), a 30pc disbursement criterion has been laid down by the government in its official books.

So far, an amount of Rs85.75 billion has been disbursed to all other federal ministries and divisions, including Rs18.39 billion to the Water Resources Division, Rs11.16 billion to the States and Frontier Regions Division and Rs10.18 billion to the Pakistan Atomic Energy Commission for nuclear power projects.

The Higher Education Commission also managed to get Rs11.80 billion during the first six months of the ongoing fiscal. The Railways Division got Rs8.7 billion while the Communication Division received Rs4.59 billion.

Special areas like Azad Kashmir and Gilgit-Baltistan were released Rs19.20 billion, temporarily displaced persons (TDPs) Rs1.22 billion and for security enhancement, an amount of Rs6.68 billion was released. Of the total disbursement of Rs225.54 billion, Rs85.91 billion was foreign aid earmarked for development.

The disbursement of funds made so far is 32pc lower as compared to the disbursements made in the first half of the previous fiscal year.

As per sources, the cut in the budget for development projects was not a good sign for the private sector, as it would reduce demand for manufacturing goods, which would subsequently hurt business activities and slow down the economic growth of the country.

They said PSDP plays an important role in the growth of the indigenous industry, as an increase in PSDP created more demand for indigenous products.

The downward revision of PSDP budget in the first mini-budget and cut in the sanctioned budget for development projects in the first half of the current year would further hurt the domestic industry and affect its growth, they added.