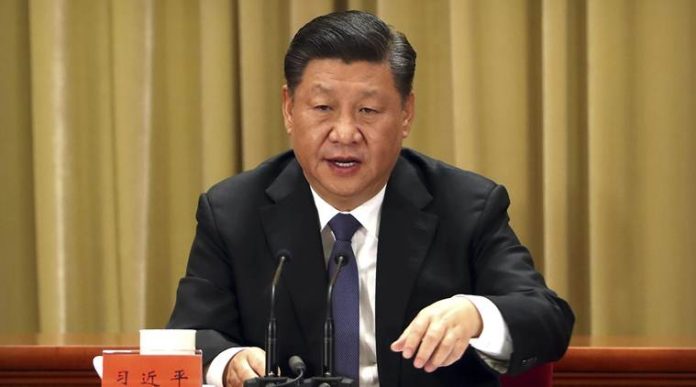 BEIJING: China will step up fiscal spending this year to support its economy, focusing on further cuts in taxes and fees for small firms, finance ministry officials said on Wednesday.

Mounting pressure on the world’s second-biggest economy pushed growth last year to its lowest since 1990 even as Beijing stepped up stimulus measures and spurred banks to lend more.

The government may unveil more fiscal stimulus during the annual parliamentary meeting in March, including bigger tax cuts and more spending on infrastructure projects, economists say.

Beijing delivered about 1.3 trillion yuan of cuts in taxes and fees in 2018.

Finance Minister Liu Kun said this month that China will further lower taxes and fees this year. The government is also studying a plan to reduce social security fees to lighten the burden on small companies, Liu said.

Policy insiders also expect Beijing to cut the value-added tax, which ranges from 6 percent for the services sector to 16 percent for manufacturers.

Policymakers’ pledge of more aggressive tax reductions in 2019 has fanned expectations that the annual budget deficit ratio could be lifted to 3 percent of gross domestic product.

The government had lowered the 2018 deficit target to 2.6 percent of GDP from 3 percent the previous year – the first cut since 2012.

The finance officials, speaking to reporters on Wednesday, did not report the size of the 2018 budget deficit.

Earlier, sources told Reuters the deficit target could rise from 2.6 percent of GDP but is likely to be kept below 3 percent.

The slowdown in China has also raised concerns of rising indebtedness of local governments as they ramp up measures to support growth.

China must be on guard against “black swan” risks while fending off “gray rhino” events, President Xi Jinping said on Monday.

A “black swan” event refers to an unforeseen occurrence that typically has extreme consequences, while a “gray rhino” is a highly obvious yet ignored threat.

Local governments and state organizations should find a balance between stabilizing growth and fending off risks, controlling the pace and intensity of such policies, Xi warned.

China will be more strict in curbing local government bond risks and any form of hidden debt, Hao said.

Total outstanding local government debt was 16.47 trillion yuan at the end of 2017, according to the finance ministry’s 2018 work report.

At the end of 2018, the State Council, or cabinet, approved a 2019 quota for new local government bond issuance of 1.39 trillion yuan, enabling local authorities to start issuing debt from January.

That brings the total outstanding local government special bond issuance to 7.39 trillion yuan as of end-2018, it said.