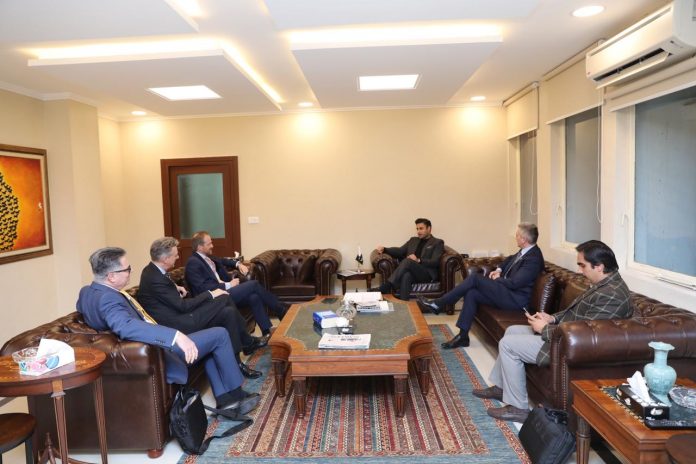 In a meeting with the BA officials and representatives of the British Embassy, Bukhari said a campaign in this regard could be launched on social media by uploading video messages highlighting the improved law and order situation, and by showing the true potential of Pakistan’s tourism sector, a government spokesperson revealed on Thursday.

“Social media can play a vital role in improving the flux of foreign tourists into Pakistan,” the special assistant remarked.

He asked British Airways to help spread the positive image of Pakistan across the globe, as BA’s return in the country has made it evident that the country was now a safe destination for foreigners.

Bukhari thanked the British Airways for increasing the country’s connectivity with the world while discussing British Airways’ flight operations in Pakistan, which are to commence from June this year.

“The British Airways, owned by a Spanish-registered International Airways Group, is likely to resume its first London Heathrow-Islamabad service on June 15, with three weekly flights by the airline’s newest long-haul aircraft, the Boeing 787 Dreamliner,” the spokesperson said.

The BA officials thanked the special assistant for his support in bringing back the airlines to Pakistan and appreciated the incumbent government for providing world-class facilities at the New Islamabad International Airport.

The delegates said that the size and design of new Islamabad Airport ranked it among the best airports of the region.

It is pertinent to mention that the present government, which has been striving to generate revenue through tourism industry, had recently reviewed the visa policy regime and was working out different plans, including categorizing the tourism industry in four kinds, to increase the number of foreign visitors.

The government has formulated an e-visa facility for 175 countries while 50 countries would enjoy visa on arrival facility in coming days.