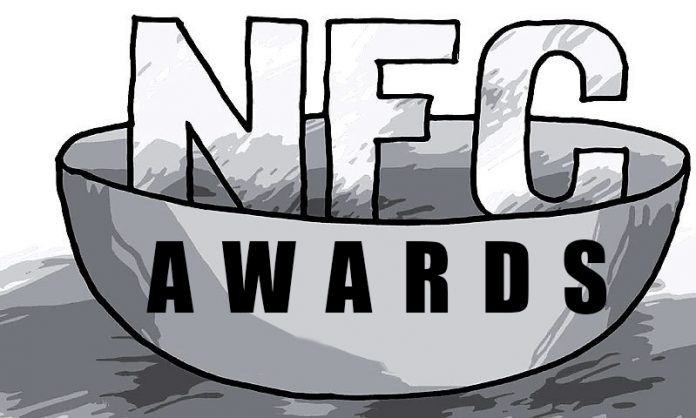 ISLAMABAD: As the provincial governments are reluctant to share the burden of federal expenditures, the Centre has complained about the revenue targets missed by the provinces under the 7th National Finance Commission (NFC) Award.

According to the documents available with this scribe, the Centre, during a meeting of the subcommittee on 9th NFC Award held recently, informed that the net receipts of Rs2.5 trillion of the federal government were insufficient to meet the expenditures on defence and debt servicing, which were over Rs3 trillion inclusive of pensions and special packages.

The subcommittee was informed that under the available resources, expenditure for civil administration, pensions, defence and the entire Public Sector Development Programme through deficit financing was not sustainable.

“Although the fiscal deficit of the federal government under 7th NFC Award should have been contained below 4.5pc, the deficit recorded in the financial year 2017-18 was 6.7pc,” the Center informed the subcommittee, adding that the major reason for the huge deficit was that the provincial governments did not provide the required surplus to contain the fiscal deficit.

According to sources, the 7th NFC Award had set a target of achieving tax to GDP ratio of 15pc by the final year of the award. However, the revenue collection remained far below the target.

On average, the revenue collection by the Federal Board of Revenue (FBR) declined 18pc below the target while the provincial target of tax collection recorded a decrease of 25pc.

To date, the collection of two types of provincial taxes, agriculture and real estate, which were explicitly cited by NFC report as requiring adequate collection, could only register small increases of 8pc and 4pc respectively.

According to sources, the previous NFC meeting had remained inconclusive with differences between Center and provinces. The next meeting of the subcommittee on federal subjects was likely to be held by the end of this month and will focus on FATA and the taxation aspects with regard to ease of doing business.