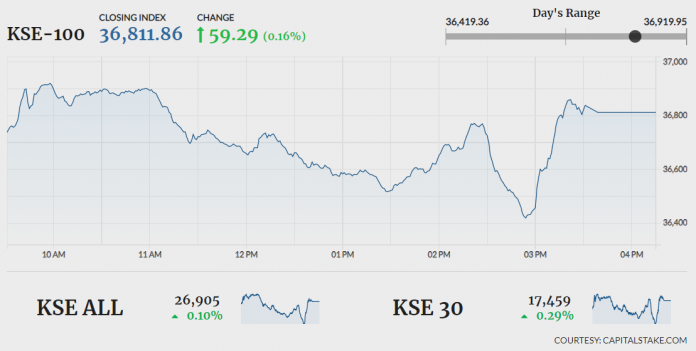 KARACHI: The Pakistan Stock Exchange (PSX) started the day on a bullish note, largely due to clarification from the central bank that the proposal to introduce the Treasury Single Account (TSA) is being examined as part of the government’s agenda to reform public financial management and that no decision has yet been made to implement it.

The 100 Index, however, experienced heightened volatility towards the final hours, when Finance Minister Asad Umar decided to step down amid a wave of criticism over the government’s handling of the financial crisis that has sent the prices soaring.

In his press conference, he clarified that the next finance minister will be taking up the responsibility in a difficult economic situation, particularly given the ongoing negotiations with the IMF and that implementation of the IMF programme will be a major challenge going forward.

The Pakistan Pharmaceutical Manufacturers Association (PPMA) made an announcement to decrease the prices of 395 essential medicines. Following the news, the pharmaceutical sector lost 0.76pc from its cumulative market capitalization.

The pharma sector has been facing difficulties since 2018 as a major part of its raw material was being imported. The Pakistani rupee also lost its value significantly over time, causing further problems to the sector.

Dolmen City REIT (DCR -0.09pc) declared its financial results for the third quarter of FY19. The company also declared an interim cash dividend of Rs0.33 along with its financials. The revenue increased by 9.97pc YoY, while earnings per share improved from Rs0.31 in the same period last year to Rs0.36 in the current period.

Altern Energy Limited (ATLN +4.98pc) published its financials for the third quarter of FY19. Sales declined by a massive 87pc YoY, whereas earnings per share improved from Rs-0.14 in the same period last year to Rs3.32 in the current period. The company’s other incomes improved significantly which resulted in improved profitability.