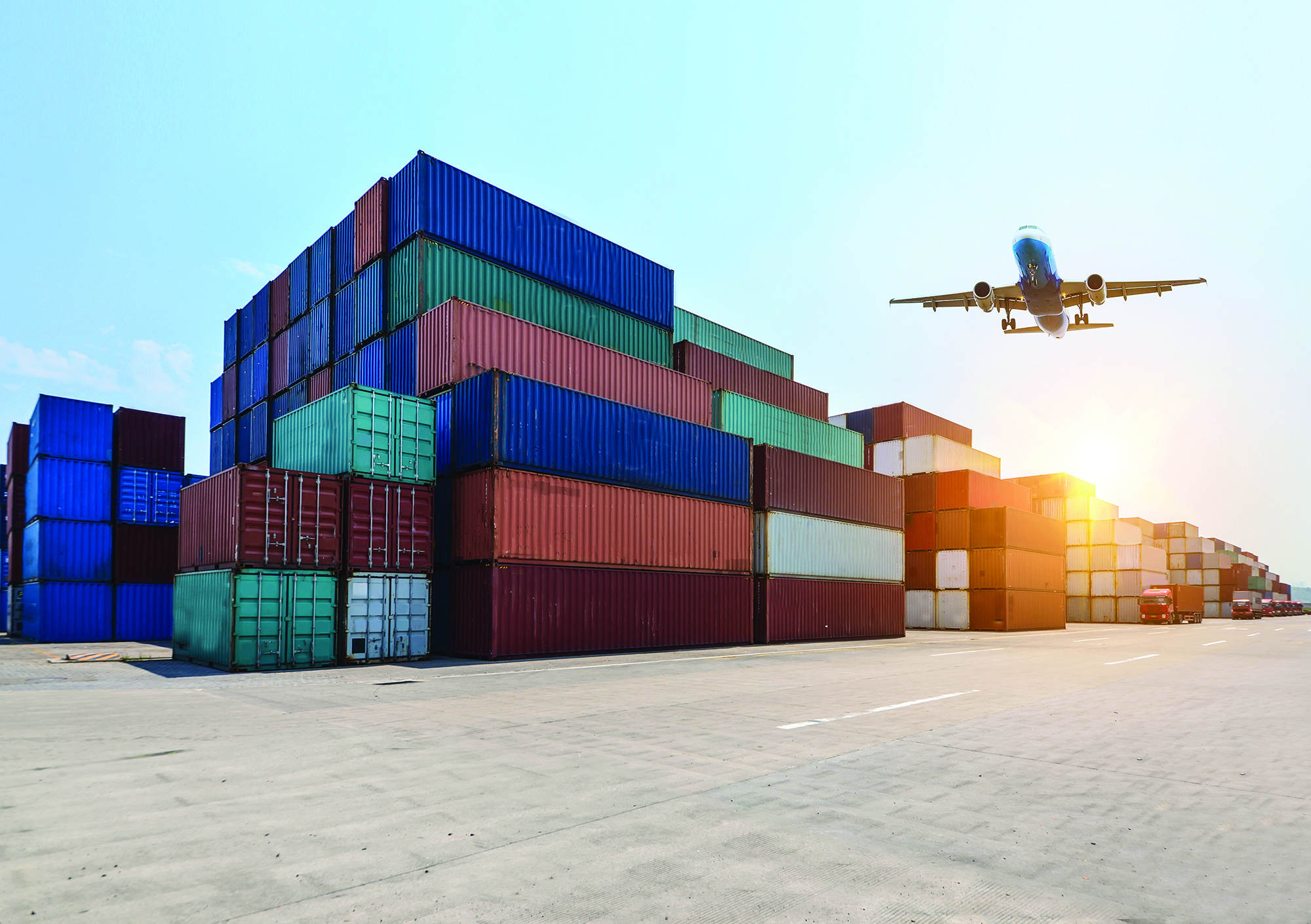 Pakistan can come out of its intermittent economic crisis by embarking on export-based industry that would help improve the country’s current account balances, experts believe. But getting there would involve individual businesses to decide to pursue export-oriented businesses over their domestic-focused companies, which is easier said than done.

According to the latest Pakistan Bureau of Statistics (PBS) data, Pakistan’s trade deficit stands at $21.5 billion in the first eight months of the current fiscal year. Exports have amounted to $15.1 billion while imports stood at $36.6 billion from July-February period. Workers’ remittances of $14.35 billion has squeezed current account deficit to $8.84 billion.

Simple math would suggest that if Pakistan can increase its exports by $9 billion, it could eliminate the current account deficit, which would go a long way towards stabilizing the Pakistani macroeconomy. In the best-case scenario, the country’s export receipts would surpass Pakistan’s massive import bills, or at least doing it after incorporating our economically important remittances, which is highly unlikely to happen in near future. But it is easier said than done.

Business leaders have to take their own business decisions as they are the ones who would directly be making gains and, in some cases, losses.

But the question is why would a Pakistani business leader invest in developing an export-oriented product? It is back to basics: he or she will conduct a cost and benefit analysis and assess the strength, weaknesses, opportunities, and threats. Unfortunately for the government, once a business leader is done with that basic analysis, they will likely end up determining that setting up an export-oriented product is simply not worth the cost of capital.

More specifically, the opportunity cost of tying up capital in an export-oriented company is too high. International markets tend to be highly competitive, which means there is significant pricing pressure for companies that operate in the traditional sectors that Pakistan operates products in, which tend to be highly commoditized products such as textiles and agricultural commodities.

In words of some business pundits, Pakistan is the last ‘hidden jewel’ for investors in the world because Pakistan has immense potential for consumption. Investors would want to invest here to cater local consumption.

Former Overseas Investors Chamber of Commerce and Industry (OICCI) President Irfan Wahab Khan, who is also the CEO of Telenor Pakistan and Head of Emerging Asia Cluster, in an interview with a group of journalists, said that the rising demand pulled by Pakistan’s huge consumption potential and the country’s strategic and geographic location makes it ‘last hidden jewel’ for investors.

That factor alone helps explain why over half a dozen global car companies – including giants such as Japan’s Nissan, France’s Renault, Germany’s Volkswagen, and South Korea’s Kia – have all signed up to enter the Pakistani market. The country’s per capita income alone would not predict that there would be so much interest in manufacturing cars in Pakistan.

What is interesting is that many of the foreign companies are coming into the Pakistani market with Pakistani joint venture partners who currently own both export-oriented and domestic consumer-focused companies. Yet their partnerships with these foreign companies suggests that they will be deploying the capital generated from their profits not towards export-oriented projects, but domestic consumer-focused companies instead.

In each of these cases, the groups in question had the choice of either setting up a plant to serve the domestic consumer market of Pakistan or setting up an export-oriented company. And in each case, they chose the former over the latter.

This is not confined to the automobile sector alone. Most other industries in Pakistan also face similar misalignment of incentives between what is best for an individual business versus what is best for the economy as a whole.

So, it begs the question: why would a businessperson in Pakistan want to come out of their comfort zone to embark on an export-oriented business when they could easily unload their loads of products here within Pakistan, with little quality checks, and earn even more than in the export market?

There are certainly areas where exporting is favorable. The textiles industry comes on top of that chart. But the international competition is giving Pakistan textile players tough time. The industry is unique in the sense that Pakistan has two important inputs for the industry – raw material (cotton) and labor – in abundant supply.

“Export is a tough challenge where you have to compete with the rest of the world on two fronts – quality and cost. In Pakistan, the cost is the most difficult part as every input is expensive – water, energy and even labor,” said Jawed Bilwani, owner of the Karachi-based JB Industries, a hosiery manufacturer, and chairman of the Pakistan Apparel Forum, in an interview with Profit.

“According to our assessment, sometimes our labor is even more expensive when compared to some of our European counterparts – notwithstanding the fact that the minimum wage is higher there. The reason is their labor is more efficient. (According to our understanding) the labor struggles in their day to day life here in Pakistan due to unavailability of basic necessities of life like water and electricity. So, when they come to the factory, they are unable to put their personal best at work,” he explained.

Bilwani belongs to textiles industry, which roughly generate 60% of the total export revenue for the country. The government has been encouraging textile industry in its own bureaucratic manner. However, there are now other industries, who also needs attention.

Information technology (IT) expert Parvez Iftikhar says Pakistan’s IT exports has great potential as the recent exports surged 19% as compared to the previous year.

“Pakistan’s IT industry has great potential. Although the scale is low at the moment but the improvement of 19% is big. The industry is labor intensive as there’s no automation. Pakistan comes third or fourth in the biggest free-lancers in IT industry. I believe it should be encouraged in the country to diversify in the export-based industry from traditional industries like textile,” he said.

He further said that Pakistan’s IT industry is the new ‘cottage industry’ where there are several small players present – the free-lancers. It also needs little investment but the labor is not conventional as they need to be little educated.

Iftikhar added that the government must encourage and support the industry.

He said that the government could help the industry by making quality broadband internet ubiquitous at an affordable price. Moreover, the government should also remove duties on IT equipment like wireless routers, PCs etc.

He further said that the payment system is also very cumbersome due to the lack of global electronic payment platforms like PayPal in the country. Receiving payments through banking channels is difficult while the State Bank of Pakistan’s (SBP) regulations are stringent, in part due to increased scrutiny of the country’s banking system from the global Financial Action Task Force (FATF).

Iftikhar suggested that SBP may get liberal regarding micropayments like $1,000 or $1,500 in order to help small-scale freelancers flourish. He added that bank dollar rates are also lower compared to when a freelancer receives payments through Hawala or Hundi, the informal payment systems that the government is trying to crack down on.

“The government should incentivize receipts of freelance work by giving them proper prevalent market rates of dollar than reduced bank rates,” he said.

He added that work has been done on vocational training for the sector but more needs to be done so that this sector also contributes to the country.

Zaki Industries Corporation owner Abdullah Zaki, whose line of business ranges from yarn to toiletries, all sold to local B2B customers, said that his company wants to keep its scope to local market because exports are “a big-time headache” for Pakistani business leaders.

The perennial depreciation of the Pakistani rupee against the US dollar keeps export-based industries on tenterhooks and volatile government policies add to the exporters misery.

Zaki, who is also a vendor to textile companies like Gul Ahmed and Sana Safinaz, added that government never keeps on board direct stakeholders – the business persons – when drafting policies and therefore policies are one-sided.

The inconsistent policies also play their role in keeping business persons away from export-based industry.

“Politics and decisions related to economy need to be kept apart. Economic decisions shouldn’t change with the change in governments. Stability in government policies will also entice businesses to take interest in export based industry,” he said.

There are those, however, who disagree with an export-oriented approach. One of Pakistan’s renowned economists, Nadeemul Haque, says there should not be any favorite industry for the government. There should be a uniform policy and domestic consumption – that is consumption people of the country – must also be at least equally treated.

Haque, a former International Monetary Fund (IMF) economist, says that exports are only good when brands are sold outside Pakistan, specifically citing the example of the textile company Khaadi, which sells its own brand of products both within and outside Pakistan and does not behave as a contract manufacturer for any other brand, foreign or domestic.

However, with just a few exceptions, what Pakistan’s textile industry is mostly doing is exporting commodities like cotton yarn while importing branded finished textiles from companies like Marks and Spencer.

He said the government’s present love-affair with exports was analogous with medieval mercantilism – where governments wanted to increase exports in order to increase their gold reserves.

“It triggered the infamous French Revolution where the government wanted to increase exports while people were dying with hunger,” said Haque, also a former head of the Planning Commission of Pakistan.

Haque has also previously written a research paper on the subject – Awake the sleeper within: Releasing the energy of stifled domestic commerce.

The paper stresses that the government should adopt a holistic policy, with no favourites and allows all sectors to grow, which would lead to better long-term economic results. A vibrant domestic commerce sector is the core of the economy facilitating intermediation between supply and demand, entrepreneurial development, risk-taking, innovation and competitive markets.

According to Haque, such an economy moves beyond commodity exports to brand name, process, and capital exports, all of which command a higher rate of return. Pakistan could therefore achieve a higher and a more sustainable growth rate by adopting a more balanced growth strategy.