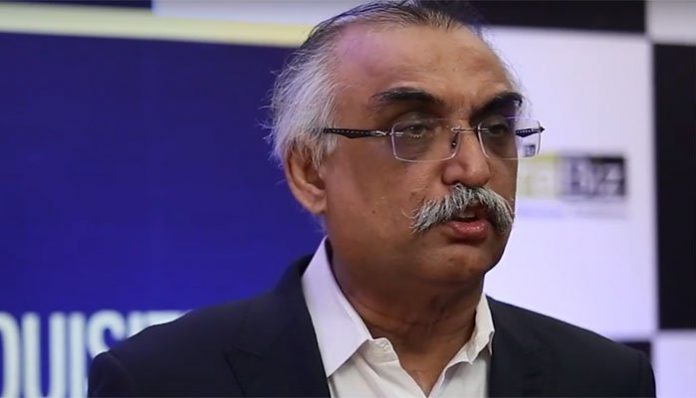 Federal Board of Revenue (FBR) Chairman Shabbar Zaidi on Friday devised a mechanism to freeze bank accounts in case of a dispute, directing authorities against freezing accounts without his prior approval and notice to the account holder, a private media outlet reported.

In his first order as the FBR chairman, Zaidi directed all chief commissioners of inland revenue to inform the accountholders 24 hours prior to freezing their accounts if they must do so.

“No bank account attachment unless the taxpayer’s CEO or principal officer or owner is informed at least 24 hours prior to attachment and the chairman FBR’s approval is obtained,” read the board’s notification.

Talking to reporters, Zaidi explained that there is already a provision for freezing of a bank account as the last recourse in case of a dispute between the account holder and institutions.

He said no one can estimate the (volume of) parallel economy. “Some people say it amounts to 30pc of the economy, some say it is 40pc, my opinion is that it would be more than 30pc.”

Earlier in the day, Zaidi addressed officers of the FBR soon after taking charge. The chairman shared his vision to revamp the tax system and machinery and discussed broader problem areas affecting the institution, according to a press release.

Zaidi during the meeting stressed the need to shift from manual to a completely automated system to facilitate taxpayers.

He took the FBR officers into confidence and assured them that the issues being faced by the FBR employees would be addressed under his leadership. He sought the support of all the officers to work as a team for the betterment of the institution and the country.

Zaidi, a private sector tax expert, is a Karachi-based partner in the chartered accounting firm A.F. Ferguson. The establishment division notified him as the new FBR chairman on an honorary basis on Thursday.