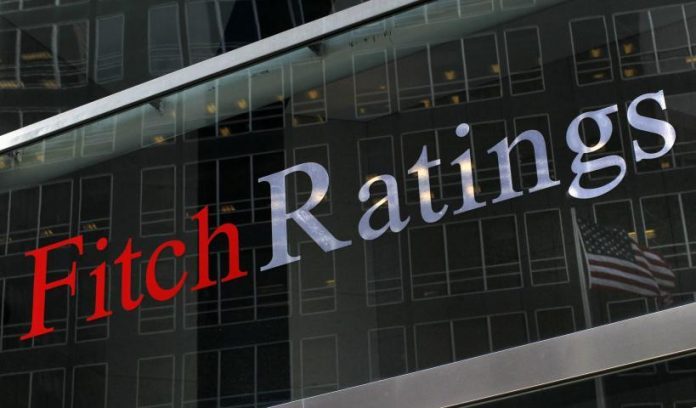 Fitch Solutions, a US-based global research house, expects stability to return in Pakistan’s economy after the government made two tough decisions in the past week.

The research arm of Fitch Ratings said in a report that the 150 basis point interest rate hike would support stabilisation in inflation over the coming months.

“In particular, the interest rate hike has brought the real interest rate firmly into the positive territory of around 3.5pc, which should help to stabilise the rupee and hence the prices of imported goods,” it said. “Given our expectation for inflation to stabilise, we at Fitch Solutions forecast the State Bank of Pakistan (SBP) to maintain its benchmark interest rate at 12.25pc throughout 2019.”

The SBP earlier this week announced a 150 basis points increase in its benchmark interest rate to 12.25pc following a 5.7pc devaluation of the rupee to around Rs148 per dollar on May 17, from around Rs140 previously.

Fitch Solutions said higher interest rates and a more stable currency would ease consumer price inflation, which has already started to fall slightly to 8.8pc year-on-year in April from 9.4pc year-on-year in March.

“We believe that the recent hikes will be able to counter the inflationary pressure resulting from rising oil prices,” it said. “Accordingly, we forecast inflation to stabilise to an average of 7pc in FY20, slightly higher than SBP’s target of 6pc for FY19, but considerably lower from the 8.8pc year-on-year recorded in April.”

The research body, however, forecast a corrosive impact of the rate hike on economic as well as credit growth.

“Given the aggressive hike in interest rates, we believe that Pakistan’s growth is set to slow over the near term,” it said. “In addition to the likely fiscal consolidation measures agreed as part of the International Monetary Fund’s extended fund facility deal, the 150 bps interest rate hike will discourage investment as well as consumer spending.”

Fitch Solutions would announce a revised-down growth figure in the coming weeks. Previously, it forecasted real GDP growth to slow to 4.4pc in FY2019 from 5.4pc in FY2018.

Pakistan and the IMF reached a staff-level agreement on a 39-month extended fund facility package of around $6 billion on May 12.

“We believe that inflationary pressures will ease as credit growth in both private and public sectors slows, and the transmission mechanism of monetary policy improves,” the report read. “Given the higher costs of borrowing and the likely reduction of public spending following the finalisation of an IMF deal, credit growth to the government will likely slow.”

The research institution said banks could, however, be more willing to lend to the government at the new higher interest rates with weaker demand for credit from the private sector, “thereby potentially improving the transmission mechanism of monetary policy”.