Work on CPEC’s eastern route to be expedited: minister 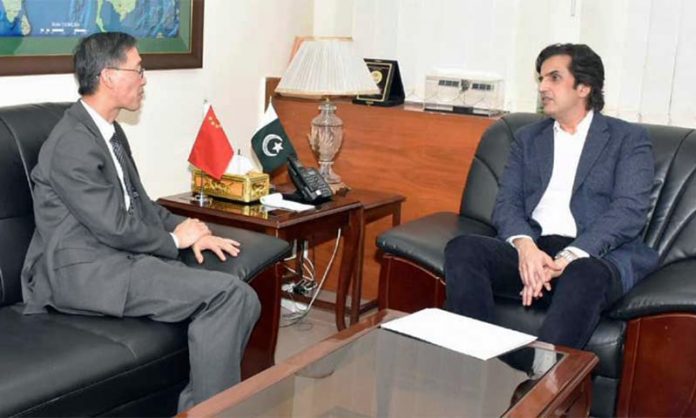 ISLAMABAD: Planning, Development & Reform Minister Makhdoom Khusro Bakhtiar and Ambassador of China Yao Jing have agreed to expedite the work on the China Pakistan Economic Corridor’s eastern route, from Sukkur to Hyderabad, on a Build-Operate-Transfer (BOT) basis for its early completion.

During a meeting in Islamabad on Monday, the two dignitaries expressed satisfaction over the pace of projects under the CPEC framework. The minister said that the incumbent government is committed to fast-tracking the progress on this flagship project between Pakistan and China.

He appreciated the Chinese leadership and government for expanding the scope of CPEC by including socio-economic and agriculture sector development under its platform.

The minister noted that signing of a framework agreement on agriculture cooperation was a major milestone, adding that Pakistan would welcome Chinese agriculture companies to explore investment opportunities for initiation of joint ventures.

Bakhtiar apprised the Chinese ambassador that less-developed areas, including the merged districts of Khyber Pakhtunkhwa and Balochistan, have been accorded priority in the next year’s development budget.

The minister said the Gwadar Smart Port City Master Plan would be finalised soon which would pave the way for the development of the coastal city.