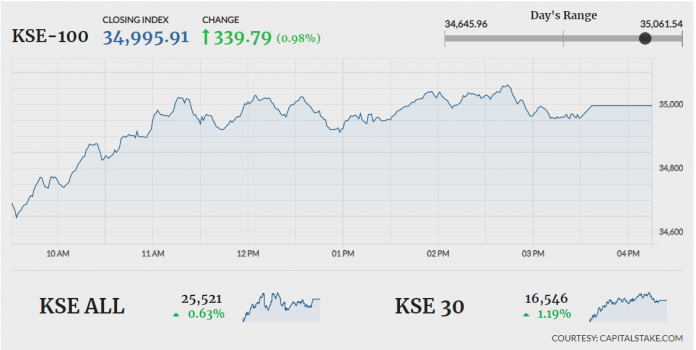 KARACHI: After a slow start to the day, the Pakistan Stock Exchange (PSX) was back on track to end the session on Thursday in green.

On the economic front, the federal government approved Rs270 billion for settlement of circular debt and for expenditure on various ministries. It also decided to discontinue Rs3 per unit electricity subsidy for local industries.

According to a notification sent to the exchange, the management of Hi-Tech Lubricants Limited (HTL -1.87pc) announced that Oil and Gas Regulatory Authority (OGRA) has granted the company a licence for marketing and sale of petroleum products in Punjab. It also informed about the operations of HTL’s new oil storage facility at Sahiwal.