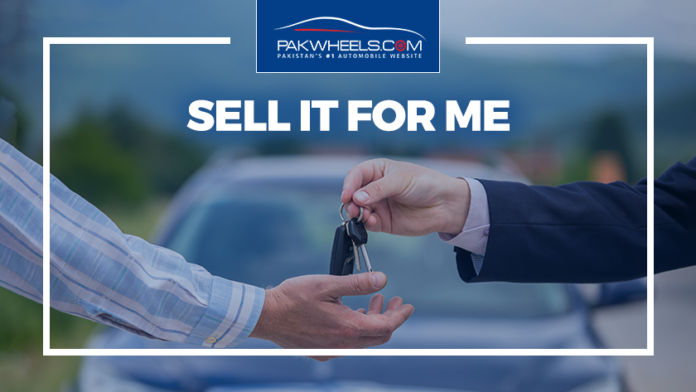 LAHORE: PakWheels.com, Pakistan’s leading online portal for the buying and selling of cars, bikes and auto parts in Pakistan, looks set to monetise thousands of transactions that regularly take place on its portal by launching a new service called ‘Sell it for me’ which it feels will revolutionise the way cars are sold in Pakistan.

Currently, people looking to sell their cars often have to go through the hassle of finding prospective customers and negotiating with them.

The service works in two stages where first car sellers get their cars inspected by a team of professionals at PakWeels after which the car is advertised on the PakWheels website. The advertisement is then featured that means that it remains on the top of the search results, ensuring that the vehicle is sold in the shortest possible time.

“As its service fee, Pakwheels charges one per cent of the value that the car is sold at. In the beginning, we take Rs2,000 in advance to get the inspection done and the advertisement featured on the website, which is then deducted from the service fee paid to the company by the customer at the end,” said Abdul Wahab, Marketing Executive at PakWheels.

“PakWheels.com-certified sales executives handle all phone calls, visit the buyers, and hold negotiations on behalf of the seller, meanwhile keeping the seller informed all the time.

PakWheels.com expert team helps the seller finds a buyer with the highest offer, arrange a meeting between the buyer and the seller, and help close the deal,” reads a press release sent by PakWheels.

“The buyer and seller meet only once during the closing, and it is PakWheels.com, which does all the handling and dealing on behalf of the seller.”

“We take a maximum of 45 days to sell a car. But most cars that come to us get sold in about 15 days on average,” says Abdul Wahab.

Until now a large chunk of Pakwheels income came from car inspections, certifications and the paid advertisements placed on its website. The company is now looking monetise the thousands of transactions already taking place through its website.

On the other hand, CarFirst, a competitor of PakWheels is operating in the market with a slightly different model. Customers visiting CarFirst to sell their cars have to get their cars inspected at CarFirst facilities after which the company quotes an on the spot price for the car which according to sources that have used the service of the company, is often negotiable.

“Instead of working like car dealers, CarFirst operates as an investor and buy cars on the spot which it later sells at a profit,” says an automobile expert commenting on the condition of anonymity.

However, it is not clear who the customers of these cars are as currently, CarFirst does not sell cars to the public. Officials at CarFirst claim that they have institutional and auction buyers who they sell these cars too.