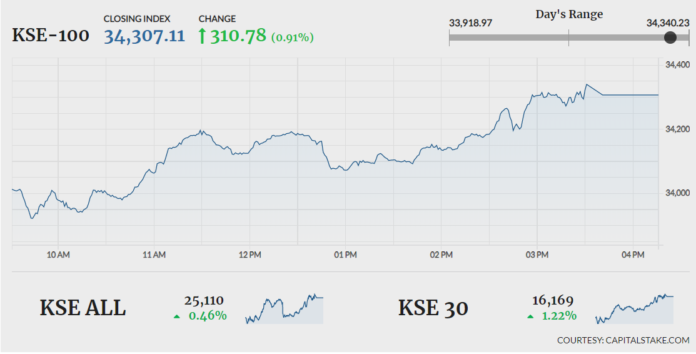 KARACHI: The Pakistan Stock Exchange (PSX) managed to end the session on Tuesday with decent gains, as the indices traded in the green zone for most part of the day amid improved volumes.

On the economic front, the Pakistani Rupee improved by Rs2 to Rs158 against the US Dollar in the interbank market intraday.