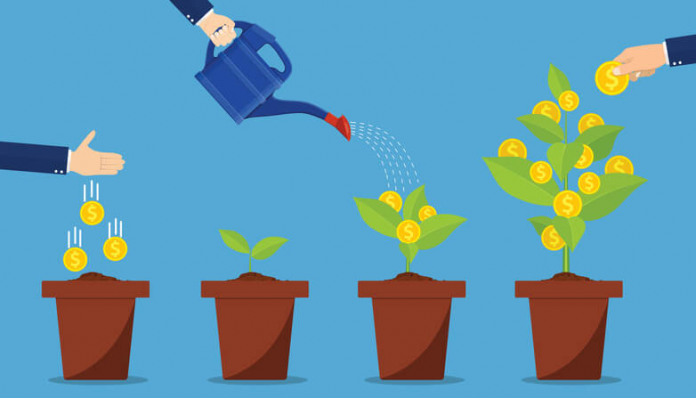 If you are an entrepreneur or startup investor in Pakistan, the odds are very high that you have met Kalsoom Lakhani. She is the founder and CEO of Invest2Innovate, a startup incubator based in Washington DC and Islamabad that seeks to help Pakistani startups achieve growth and scale, a job she has been doing since September 2011. So it was no surprise when, on August 6, she announced on a Medium post (communicated via Twitter) that she had managed to launch a $15 million venture capital fund targeting Pakistani startups, however, is yet to close and raise the full the $15 million.

In some ways, i2i Ventures – the new fund – is groundbreaking. It is the first female-led institutional venture capital fund in Pakistan, and the preceding incubator’s track record suggests that i2i will continue focusing on empowering female entrepreneurs in the country.

The advantage i2i has over other investors is Kalsoom’s extensive experience working with entrepreneurs throughout the country, forming relationships of trust and working with them to help improve their ideas through the i2i incubator. The new venture capital fund will be able to invest capital in the companies that Kalsoom and i2i had previously invested time in nurturing.

The first investment the fund will make is in Mauqa Online, an app designed to help people find household staff and services, similar to the app Handy or TaskRabbit.

The company was co-founded by Suniya Sadullah Khan and Muhammed Mustafa. Mauqa provides domestic workers in Pakistan with not just job opportunities but also benefits like health insurance. The seed investment from i2i, of as yet unannounced size and valuation, is geared to help this startup to grow from the Islamabad-Rawalpindi metropolitan area to other major cities this year.

In materials circulated to high net-worth individuals ahead of the launch of the fund, i2i Ventures had indicated that it would be making investments of between $120,000 and $500,000 in the first stage of its fund before considering any larger investments.

“While i2i Ventures will not solely invest in i2i Accelerator companies, I’m so proud that our first investment was from the i2i family, in a company that embodies our values and what we stand for. I am also proud that it’s an investment that showcases the kind of approach & strategy we plan to take as investors — as partners in this startup’s future, with a minority stake that will allow them to grow over time,” said Kalsoom on Medium.

The first phase of the fund (i2i Ventures) is supported by the Dutch Good Growth Fund, a Dutch government fund-of-funds supporting frontier markets such as South Sudan, Nepal and Afghanistan.

While in some ways, i2i is unique in that it is both female led and has previously operated an incubator, in other ways, it may be entering a crowded market.

In November 2018, Rabeel Warraich launched the first institutional venture capital fund in Pakistan with $30 million in committed capital. And Aatif Awan, a Pakistani tech executive in Silicon Valley who has previously worked at Microsoft and LinkedIn, is reportedly on the verge of announcing his own $10 million venture capital fund called Indus Valley Capital targeting Pakistani startups as well.

Aatif Awan has previously been active in startup investing in the United States as well as Pakistan. He is currently a board member of Atoms, the sneaker startup founded by Sidra Qasim and Waqas Ali, the couple from Lahore who had previously created Markhor, the men’s former shoe startup.

He is part of the exceptional Angel Investor programme at First Round Capital, a San Francisco-based venture capital fund that has previously been an investor in companies like Uber and Blue Apron, in addition to 300 other startups. Before that, Aatif worked as a senior executive at LinkedIn for seven years.

He studied at the University of Illinois on a scholarship funded by Sohaib Abbasi, a 62-year-old Pakistani executive who was the CEO of several large software companies in the United States and was a senior executive at Oracle.

Aatif has taken a systematic approach to his attempts to raise a fund, seeking feedback from his potential investor base – high net-worth Pakistani individuals living outside the country – and may seek to tailor his investment strategy to suit those interests.

“The Careem acquisition, in particular, has galvanized the Pakistani startups as well as the diaspora. Many Pakistanis in the US are now considering investing in or advising startups and some have gone back already to start one themselves,” wrote Aatif in a post on LinkedIn. “I know because I asked. I did a survey to find others who’re also interested in Pakistani startups and got 300 responses!”

He has also conducted events for his prospective investors in San Francisco, Dubai and other places around the world to try to drum up interest. Aatif did not respond to a request for comment from Profit before our print deadline.

What all of these three people have in common is elite education in Pakistan and the United States, coupled with an intense desire to help fuel economic growth in Pakistan, and to do it while ensuring a healthy return on capital.

Between the three of them, they have approximately $55 million in committed capital and include some high profile institutional investors among their limited partners. They also all have one very big question to grapple with every day, and one that is likely to keep them up at night: are there enough opportunities for them to invest in?

Because it is one thing to be a drawing room uncle and say “there is no shortage of talent in Pakistan” and it is another thing entirely to put your money where you mouth is and actually go find that talent and give them your – and your investors’ – money and hope they do well enough.

Venture capital is a risky business in any economy, but in a country that has grossly underinvested in education for the past 72 years, and has a culture where asking questions – let alone upending norms – is still a social taboo, there are very entrepreneurs who have the kind of skills and talent it takes to succeed.

If ever there was natural talent in them, it has been beaten out by an inadequate education system and a stifling culture.

What that means for venture capitalists is a much greater degree of involvement in the startups they invest in relative to their peers in the United States, especially in terms of advice on how to grow their business and how to deal with significant management challenges.

“Honestly, if you want to succeed you’ll have to be the kind of venture capitalist that really, really pushes the entrepreneur and constantly advises them,” said one Dubai-based management consultant who has previously invested in Pakistani startups and has been approached to invest in the new venture capital funds. “You cannot be the kind that invests and let’s them do what they do.”

Rabeel Warraich should know. The poor guy is serving as interim CEO of one of his first investments while running his own venture capital fund. If Pakistan were so chock-full of talent, why would it be so hard to find a CEO of a well-funded, early-stage startup?