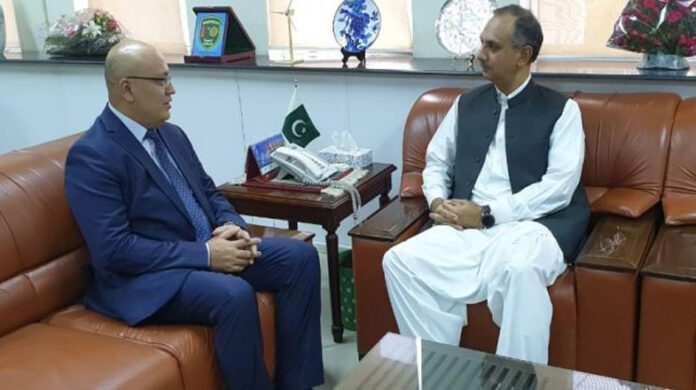 Omar Ayub Khan said both countries have shared values and were tied in Islamic brotherhood which needs to be further cemented by boosting the level of existing economic cooperation.

The minister revealed that he was scheduled to attend CAREC meeting in Tashkent on Friday where he would hold a meeting with his Uzbek counterpart to discuss the prospects of cooperation in the energy sector.

He expressed satisfaction over the multiplication of trade volume between the two counties.

On the suggestion of the Uzbek envoy, the federal minister agreed to form a Joint Working Group on energy, saying that the Power Division’s additional secretary shall work as a focal person to undertake the formalities in this regard.