'Decision to fix uniform rate for kinnow at Rs1,000 per maund, irrespective of the quality, will badly hurt the export volume next season' 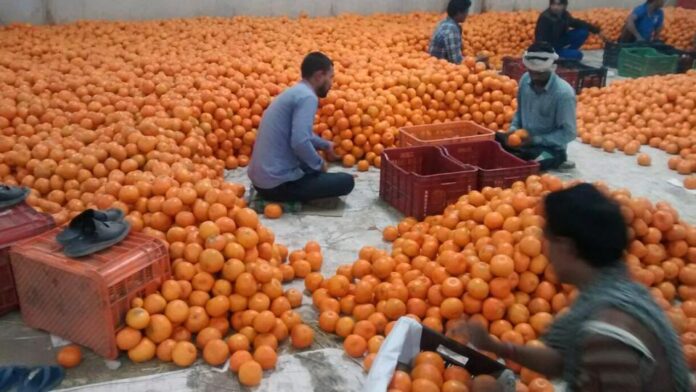 ISLAMABAD: The Punjab government (Sargodha Division), while abolishing the classification of Kinnow as per its quality, has fixed a uniform rate of Rs1,000 per mound for the fruit.

Declaring the decision taken by the Sargodha Deputy Commissioner as an illegitimate step, All Pakistan Fruit & Vegetable Exporters, Importers & Merchants Association (PFVA) has sent letters to the Federal Ministry of National Food Security & Research (MNFSR) as well as Advisor to Primer Abdul Razzaq Dawood, demanding a serious notice of the “unlawful” action.

According to the association, the deputy commissioner’s office has gone beyond its legal jurisdiction, as it does not enjoy any legal privilege nor is authorised to fix the rate of kinnow.

“Ignoring the ground realities and rule of competition in the open market, the commissioner’s office seems to have facilitated ‘certain influential people of Sargodha’ by fixing the rate at Rs1,000 per mound,” the association alleged.

In a letter sent to PM’s Commerce Adviser Abdul Razzaq Dawood, the PVFA stated that the exporters were already facing stiff competition in the international market due to the recent devaluation of Pakistani currency, a sharp increase in freight charges, cost of packaging and other expenses.

The PM’s aide was informed that Pakistan was also facing difficulties in maintaining a presence in its biggest export market, Russia, due to the high quality and different varieties of kinnow from Egypt, Morocco, Turkey and China.

“A fixed-rate for kinnow would enhance the cost of export and the forthcoming kinnow season is likely to witness 80pc reduction in the export volume,” the association stated. “Kinnow exporters had already sustained losses of millions of dollars last year in the Russian market while the exporters are facing serious problems of liquidity during the current year.”

PVFA lamented that instead of improving the quality to enhance export, the management of Sargodha has increased rate of kinnow, thus multiplying the problems of the poor growers while making it difficult for the exporters.

According to former PFVA chairman Waheed Ahmed, of the total production, about 92pc kinnow are sold in the local markets and only 8pc kinnow are exported. “The exporters purchase kinnow from the growers according to its quality and last year the rate of good quality kinnow was in the range of Rs700–1,200 per mound.”

Turning a blind eye on the quality factor and fixing a uniform rate irrespective of quality would badly hurt the sincere efforts being made for improvement in quality, he maintained.