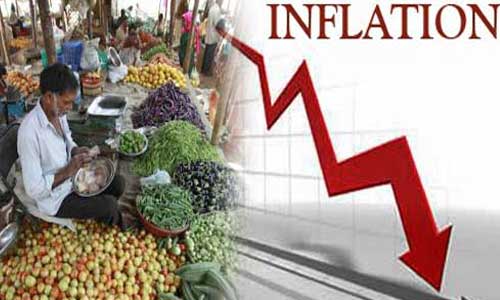 ISLAMABAD: The country’s consumer price inflation slowed to 12.40 per cent in February 2020 as compared to the same month of last year, the Pakistan Bureau of Statistics (PBS) said on Monday.

The bureau had recorded the Consumer Price Index (CPI) inflation at 14.56 per cent in January, the highest in a decade. Prices of food items such as pulses, fresh vegetables and wheat, which have been the main top drivers of inflation, saw a downward trend, the bureau said.

Pakistanis have lately been under a tough squeeze on their household budgets. The State Bank of Pakistan (SBP) in late January kept rates unchanged at 13.25 per cent, citing strong inflationary pressures.

Federal Minister for Economic Affairs Hammad Azhar on Monday also tweeted out the new figures released by the bureau, noting that the prices of essentials had decreased.

“The CPI inflation rate in the country has witnessed highest deceleration in a single month for some time. It has come down from 14.6 per cent in January to 12.4 per cent in February,” he said.

Prices of food items such as pulses, fresh vegetables and wheat, which have been the main top drivers of inflation, saw a downward trend on a monthly basis, the bureau said.

The rates of pulse (mash) rose by 51 per cent, butter (43 per cent), sugar (37 per cent), ghee 34 per cent), pulse chana (24 per cent) and lentils (22 per cent). In February, the prices of a number of perishable food items reduced in comparison to January, which pulled the index down.

The central bank had last month declared that a spike in inflationary pressure as a ‘transitory’ phenomena, saying that the headline inflation of 14.6 per cent was broadly in line with projection of the central bank.

The state bank had taken the position that they were expecting this kind of spike, cautioning that it was transitory phenomena and there was no need to change in the earlier projections.

Last month, Prime Minister Imran Khan had declared that his government would provide relief to the masses by reducing prices of essential commodities and taking stern action against hoarders.

In a tweet, the prime minister had said that his cabinet would announce some drastic measures to give relief to the inflation-hit people. Following his announcement, the government had established 50,000 shops in the country where essential food items were made available at subsidised rates.