Fertiliser demand likely to drop by 10pc in 2020

Inventory levels expected to further rise to 750,000 tonnes this month 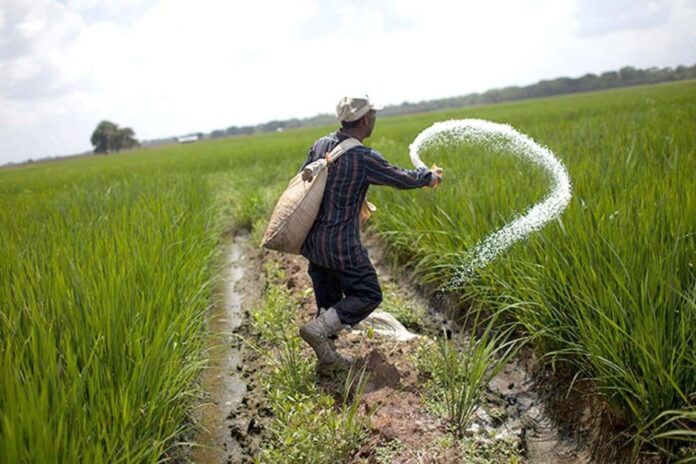 ISLAMABAD: Ahead of the wheat harvesting season, the increasing inventory levels and improving local production of urea present a major sigh of relief for the farming community.

Industry data reflects that urea offtake witnessed significant slowdown during the first quarter (January to March) of the year, with inventory levels surging to nearly 600,000 tonnes. Compared to the same period last year, this is a four-fold increase in the inventories.

According to industry sources, the month of April is expected to mimic this trend with inventory levels expected to further increase to 750,000 tonnes.

The Pakistan Institute of Development Economics has projected that “with the harvest season of wheat approaching closer, it is highly probable that the agricultural economy of Pakistan will face heavy losses if the pandemic continues to halt the activities”.

In view of the COVID-19 crisis, the fertiliser demand is projected to decline by more than 10pc to 5.2 million tonnes in 2020 versus 6 million tonnes last year, sources said.

With the production capacity of indigenous gas-based urea manufacturers estimated to touch around 5.8 million tonnes in 2020, the urea industry will not only be able to adequately address demand, but also have sufficient levels of safety stock during the course of the year.

Therefore, sources said, the government may be able to entirely avoid the unnecessary fiscal and foreign exchange burden of subsidized imported urea and operations of LNG-based urea plants. Last year, the government not only incurred an outflow of foreign currency of $200 million on LNG imports, but also suffered a fiscal hit of Rs15 billion on subsidies.

Even before the COVID pandemic, Pakistan had declared a national emergency due to the widespread damage to the cotton, wheat and other crops, caused by locust infestation. As a result, the agricultural sector may become one of the hardest hit this year due to disruptions in supply chain, lower crop output and labor availability.

According to sources, the government has taken the right steps to mitigate the COVID-19 impact on this sector by declaring agricultural inputs as essential commodities. This decision has allowed the fertiliser manufacturers and other critical players in the agri-inputs supply chain to continue operations, thereby ensuring adequate supplies of key fertilizers and other agri inputs in the country, they added.