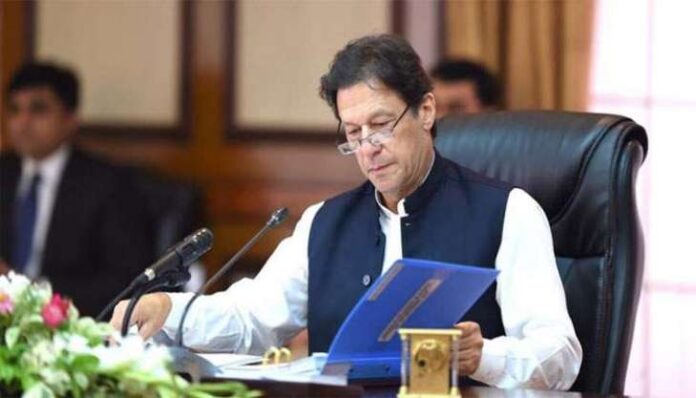 ISLAMABAD: The commission constituted to investigate the utilization of loans taken from 2008 till 2018 has submitted its report to Prime Minister Imran Khan, accusing the high ups of various federal and provincial ministries of causing over Rs1,000 billion worth heavy losses to the national exchequer.

According to sources, the debt inquiry commission has completed its investigation on 1,000 development projects, including Orange Line Metro Train, Peshawar BRT Service, Neelum-Jehlum Hydropower etc., which were initiated using the loans taken between 2008-2018.

Sources said that the commission has held the officials of Economic Affairs Division, Ministry of Finance and some other federal and provincial ministries responsible for causing hefty losses to the national exchequer, adding that the commission has also highlighted the dubious role played by 13 political families, some influential bureaucrats and high officials of some important departments, including Lahore Development Authority, in different important projects.

Headed by Hussain Asghar, Deputy Chairman of the National Accountability Bureau (NAB), the 11-member inquiry commission has completed its inquiry 11 months after its constitution on 21st June 2019. The commission comprised of officials from NAB, Inter-Service Intelligence (ISI), MI, Intelligence Bureau (IB), Federal Investigative Agency (FIA), State Bank of Pakistan, Federal Board of Revenue (FBR), Securities and Exchange Commission of Pakistan (SECP) and the Ministry of Finance.

The commission was initially given six months to probe the loans obtained during the rule of Pakistan People’s Party (PPP) and Pakistan Muslim League-Nawaz (PML-N).

As per the report, development loans worth Rs2,400 billion were obtained from local and foreign sources during the period under review, as a result of which the overall debt burden increased from Rs6,690 billion in 2008 to Rs30,840 in 2018.

Sources said Pakistan has been facing serious challenge in clearing its loans due to misuse of funds in the past. They said Rs30 billion worth heavy loss was caused to the exchequer “only by changing in design and rout” of Karachi’s K-4 housing project. Similarly, Safe city projects of Islamabad and Lahore along with M-3 Motorway projects had also dented the exchequer.

As per sources, blue-eyed officials were appointed in the Economic Affairs Division and these officials obtained loans in the name of developmental projects despite many of them not being feasible.

Sources said the inquiry commission in its 100-page report has pointed out misuse of power and receiving of kickbacks in different projects, adding that it has also unearthed suspicious transactions in 100 bank accounts, besides obtaining complete record of 400 local and foreign loans.

The audit reports of 2008 to 2018 of Auditor General of Pakistan were obtained by the commission to complete the inquiry, the report stated, while highlighting those departments that did not cooperate in the inquiry process.

Sources said the commission has obtained the details of loans obtained by federal and Punjab governments through asset recovery units. Likewise, it has further unearthed fake schemes for which members of parliament had obtained heavy amounts under public sector funds.