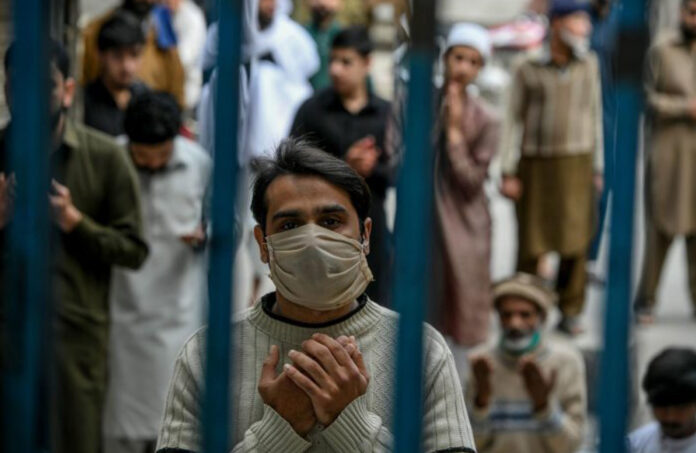 –87pc claim that their savings have taken a hit; 59pc fear job losses

KARACHI: As per a survey by Dun & Bradstreet Pakistan in collaboration with Gallup Pakistan, 80 per cent of respondents were worried about the spread of Covid-19 as the virus continues to impact their day to day lives.

According to the survey, 81pc urban dwellers and 79pc residents of rural areas are concerned about the spread of the virus.

However, with regard to economic recovery, 25pc were optimistic for recovery within four months, whereas 25pc remained neutral and expected the adverse impact on the economy to last until a year. As many as 26pc, however, were pessimistic, expecting the impact to be lasting and lead to a recession, whereas 25pc were uncertain.

The spread of this answer showed that there was no strong consensus among participants surveyed.

Considering how business activity was not at its 100pc capacity, 90pc of individuals surveyed were concerned about their personal finances amid pay cuts, redundancies, layoffs, and business closure, while 87pc claim that their savings have taken a hit owing to the situation.

As far as employment was concerned, 18pc have lost their job during the pandemic, despite government claims to prevent layoffs, and 59pc fear to lose their jobs considering the large number with which employees were given unpaid leaves or furloughs. As a result, there was a sense of panic among the working class of the population.

This means that as a whole, 50pc of the individuals surveyed have either been laid off or were facing some form of salary reduction.

Considering how Punjab is the most populous province, 32pc of the respondents in Punjab have been laid off, 23pc in KP, and 22pc each in Sindh and Balochistan.

Owing to the rapid spread of the virus and the alarming stats, 94pc of respondents were concerned about their family’s safety and health.

However, interesting enough, the closure of brick and mortar stores has not bode as well as the e-commerce business would have hoped. As per the survey, only 15pc consumers transitioned to online payments for the first time.

As far as consumption patterns are concerned, in order to maintain a stock in case of a lockdown, households have increased their grocery expenditure by 33pc, sanitation products by 32pc, and medicinal expenditure by 32pc in June 2020.

However, conserving the impact on finances, 39pc of consumers have decreased their expenses on apparel and footwear in June.