'The country's import-to-export ratio, however, has not improved much, as Pakistan still spends more than two dollars for every dollar earned' 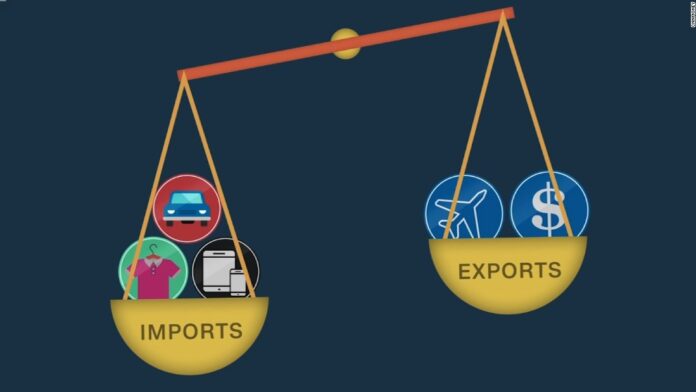 ISLAMABAD: The Pakistan Businesses Forum (PBF) said on Thursday that the return of normalcy after the Covid-19 lockdown and the gradual reopening of businesses around the globe has had a positive impacted Pakistan’s balance of trade.

“Pakistan saved $8.6 billion as trade loss shrank 27pc in the fiscal year 2019-20,” the forum informed in a statement issued on Thursday

As per the PBF, Pakistan relies heavily on energy imports, as it meets over 70pc of domestic demand through imports. The share of energy, however, fell to one-fifth of total imports in recent months following the oil price crash.

Besides, the recent petroleum product crisis in Pakistan suggested that at least three oil marketing companies (OMCs) did not import oil in the month of May, meaning imports remained low in terms of volumes as well.

The PBF, however, expressed concern over a significant drop in imports as around 60pc of import orders were placed by the export sector.

The improvement in exports came after the country’s textile sector received new orders, including from the global health sector in the wake of Covid-19 pandemic. Similarly, imports fell to their lowest level in nine years after Pakistan raised duties and adopted measures to curb spending. This reduced the current account deficit – the loss of foreign exchange as recorded in the country’s dollar account with the rest of the world – by more than 73pc in the first nine months of the year.

But this wasn’t enough to change Pakistan’s import-to-export ratio. Pakistan still spends more than two dollars for every dollar earned. It was the same last year as well.

In the latest fiscal year, Pakistan exported goods worth $21.3 billion compared to imports of $44.6 billion, leaving it with a deficit of $23 billion.

“The trade deficit means we are paying more on goods and services we are buying from the world than what we are earning by selling our products and services to them. The latest data shows a drop of $10 billion in our annual imports but global demand suppression triggered by the coronavirus pandemic in the last quarter pushed exports down by 6.84pc or $1.5 billion, compared to FY19,” the statement concluded.