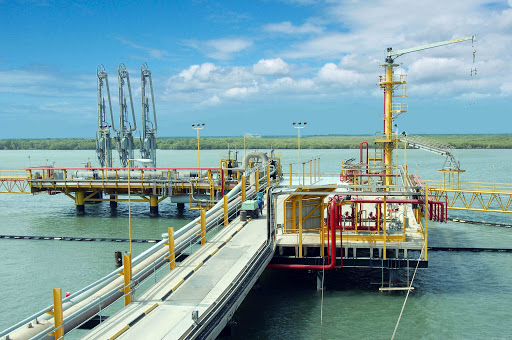 ISLAMABAD: The federal cabinet is likely to take a decision regarding the establishment of two new Liquefied Natural Gas (LNG) terminals at Port Qasim, whereas the Ministry of Defence has so far refused to grant a No Objection Certificate (NOC) in this regard.

According to sources, the defence ministry has instead asked the Ministry of Energy to refer the case to the National Security Committee in order to obtain the NOC. The federal cabinet is likely to take up the matter in its upcoming meeting.

Sources said that two outstanding issues — allocation of capacity in the existing as well as planned gas pipeline to transmit LNG from new terminals, and the grant of NOC by the Ministry of Defence — are hampering the timely implementation on the establishment of LNG terminals at Port Qasim.

They said the maritime affairs minister had earlier taken up this matter with the Prime Minister’s Office (PMO). Subsequently, the PMO on 28th June had directed the ministry to take up the issue with relevant ministries/divisions/organisations and place a comprehensive summary clearly specifying the points/issues along with options before the federal cabinet for its consideration and decision.

The Ministry of Maritime Affairs then forwarded a summary to the federal cabinet, proposing that a) the Ministry of Defence should be directed to issue NOC within 30 days or b) the Petroleum Division should be asked to undertake and commit to the new terminal operators for allocation of LNG gas in the existing pipeline on a first-come-first-serve basis, besides providing capacity to both the terminal operators in new planned gas pipeline within 30 days.

The maritime affairs minister has seen and authorised the submission of this summary to the cabinet, said sources.

They said that the Petroleum Division, during a meeting with LNG terminal operators in Feb this year, had assured that capacity in the existing pipeline would be allocated on a first-come-first-serve basis, adding that distribution companies were in the process of laying a new pipeline, linking Karachi to upcountry.

However, in another meeting held on June 4th, the representatives of Sui Northern Gas Pipelines Limited (SNGPL) and Sui Southern Gas Company Limited (SSGC) informed that capacity in the existing pipeline was not available for the upcoming new terminals.

An official of the Petroleum Division, on the condition of anonymity, said that without assigning capacity allocation in the distribution pipeline, the operationalisation of two new LNG terminals would not be possible.