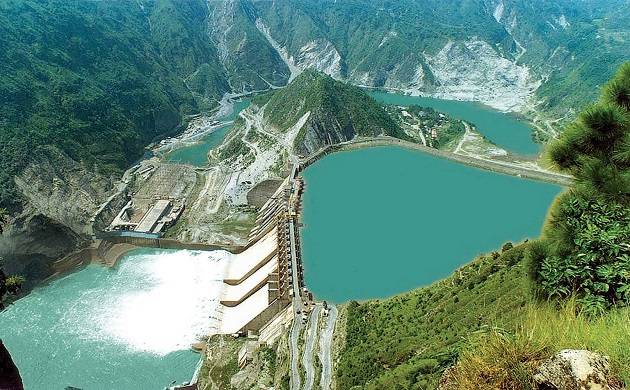 ISLAMABAD: Pakistan and China have taken another step towards achieving the financial close of the 700MW Azad Pattan Hydropower Project, which is part of the China-Pakistan Economic Corridor (CPEC), by signing more agreements in this regard on Tuesday.

“The project agreements namely ‘GoAJ&K Implementation Agreement’ and ‘GoAJ&K Water Use Agreement’ were signed by Azad Jammu Kashmir Power Secretary Zafar Mahmood Khan and Azad Pattan Power Private Limited CEO Li Xiaotao,” a statement issued by the Ministry of Energy read. “With an investment of over $1.35 billion, the Azad Pattan project won’t be relying on imported fuel, enabling the country to move towards cheaper and greener power generation.”

It may be noted that the ‘Government of Pakistan Implementation Agreement’, ‘Government of Punjab Water Use Agreement’ and ‘Tripartite Power Purchase Agreements’ for the project had already been signed in the presence of Prime Minister Imran Khan in July this year.

As per the statement, today’s development will further pave the way for achievement of financial close of the project.

Earlier, a Letter of Support (LOS) was issued by PPIB to Azad Pattan HPP, which is a Run-off-the River Scheme on River Jhelum located at dual boundary between AJ&K (District Bagh) and Punjab (District Rawalpindi). China Gezhouba Group and Laraib Group Pakistan are the shareholders of the project.

The consortium of lenders consists of China Development Bank, China Construction Bank, Industrial & Commercial Bank of China and Bank of China. Azad Pattan Project is being implemented by PPIB under the Policy for Power Generation Projects 2002 on built, own, operate and transfer (BOOT) basis for a term of 30 years after which it will be transferred to the GoAJ&K free of cost.

The project, while bringing in valuable foreign direct investment, will provide energy of about 3,266 GWh per year to the national grid by 2027.

The project also will play a crucial role in stimulating local economy by providing employment and business opportunities during its construction periods. Furthermore, the governments of AJ&K and Punjab will earn significant amount of revenue on account of taxes, fees, etc. while during operation period, water use charges of approx. Rs1.5 billion would be shared equally by both governments on annual basis.

The participants of the signing ceremony appreciated the efforts of PPIB for efficient processing of hydropower projects, including the Azad Pattan HPP, and urged to continue facilitating investors in the same run for achieving optimum results.

“Azad Pattan is part of four hydropower projects being processed by PPIB under the CPEC banner, of which 720MW Karot and 884MW Suki Kinari hydropower projects are under construction, while 1,124MW Kohala project will soon financial close,” the statement concluded.