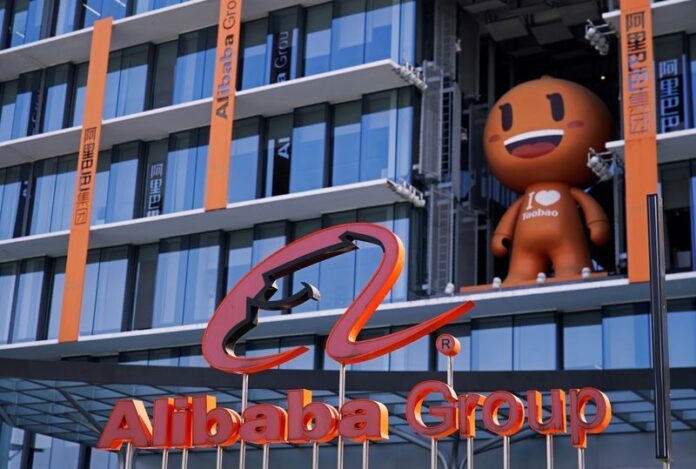 HONG KONG/BEIJING: China has launched an antitrust investigation into Alibaba Group and will summon the tech giant’s Ant Group affiliate to meet in coming days, regulators said on Thursday, in the latest blow for Jack Ma’s e-commerce and fintech empire.

The probe is part of an accelerating crackdown on anticompetitive behaviour in China’s booming internet space, and the latest setback for Ma, the 56-year-old former school teacher who founded Alibaba and became China’s most famous entrepreneur.

It follows China’s dramatic suspension last month of Ant’s planned $37 billion initial public offering, which had been on track to be the world’s largest, just two days before shares were due to begin trading in Shanghai and Hong Kong.

In a strongly worded editorial, the ruling Communist Party’s People’s Daily said that if “monopoly is tolerated, and companies are allowed to expand in a disorderly and barbarian manner, the industry won’t develop in a healthy, and sustainable way”.

Shares in Alibaba fell nearly 9% in Hong Kong, their lowest since July, while rivals Meituan and JD.com both fell more than 2%.

Regulators have warned Alibaba about the so-called “choosing one from two” practice under which merchants are required to sign exclusive cooperation pacts preventing them from offering products on rival platforms.

The State Administration for Market Regulation (SAMR) said on Thursday that it had launched a probe into the practice.

Financial regulators will also meet with Alibaba’s Ant Group fintech arm in coming days, according to a separate statement by the People’s Bank of China on Thursday, casting another cloud over a potential revival of the share sale.

The meeting would “guide Ant Group to implement financial supervision, fair competition and protect the legitimate rights and interests of consumers,” the statement said.

Ant said it had received a notice from regulators and would “comply with all regulatory requirements”. Alibaba said it would cooperate with the investigation and that its operations remained normal.

Fred Hu, chairman of Primavera Capital Group in Hong Kong, an Ant investor, said global markets would watch to see whether the moves were “politically motivated” and whether regulators targeted private but not state monopolies.

“It would be a tragedy if the antitrust law should be seen as ‘targeting’ successful private tech companies only,” he said.

Ma has kept out of the public eye since a late October forum in Shanghai where he blasted China’s regulatory system, accusing it of stifling innovation in a speech that stung officials and set off a chain of events that led to the shelving of Ant’s IPO.

The practice of requiring a merchant to sell exclusively on one platform, which Alibaba has defended in the past, has long been a source of friction.

In a lawsuit last year, home appliance manufacturer Galanz accused Alibaba of penalising it for refusing to stop selling goods on rival platform Pinduoduo. The case was resolved. In an ongoing case, JD.com accused Alibaba’s Tmall of restricting vendors from trading with it by signing exclusive deals.

After years of largely hands-off treatment of e-commerce, Beijing has made its antitrust intentions clear.

Last month, it issued draft rules aimed at preventing monopolistic behaviour by internet firms, and the Politburo this month vowed to strengthen anti-monopoly efforts in 2021 and rein in “disorderly capital expansion”.

China also warned internet giants this month to brace for increased scrutiny, as it slapped fines and announced probes into mergers involving Alibaba and Tencent Holdings.

Liu Xu, a researcher at the National Strategy Institute of Tsinghua University and a long-time advocate for antitrust enforcement, said he expected other tech platforms to face scrutiny.

“Chinese internet firms had enjoyed unprecedented growth with light regulation for years,” a regulatory source said, declining to be named given the sensitivity of the matter.

“The latest regulatory moves against them have sent out a clear message that the golden time for many of them has ended and there’s no company in China that can be too big to fail.”