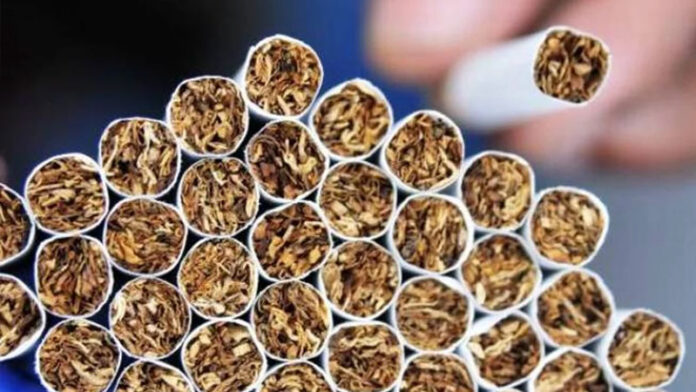 ISLAMABAD: Pakistan has relatively low taxes on cigarettes, which not only sabotages authorities’ efforts of curbing the habit of smoking, but also leads to loss of revenue for the national exchequer.

This was revealed in a research study titled “Regional Tobacco Regime and its Implications for Health” conducted and released by the Sustainable Development Policy Institute (SDPI), a think-tank in the federal capital.

Around 22 million people, including 60 per cent adolescents, consume tobacco products in Pakistan, owing to which 1.5 million cases of oral cancer are reported every year by the Pakistan Medical Association.

The government granted tax concessions on cigarettes to provide relaxation to the tobacco industry. The study found that the tobacco industry flourished by leaps and bounds at the behest of revenue that could have gone to the national exchequer, signaling a lack of clear policy.

Not only does this tax relaxation harm revenue collection, it also has wide-ranging consequences on public health. Therefore, the study concluded that that there is a dire need to increase taxes on cigarettes to control their consumption and to increase revenue.

According to the World Health Organisation (WHO), more than 1.3 billion people consume tobacco products daily, with around eight million deaths recorded across the globe annually. The global health body has termed tobacco usage as an epidemic with severe consequences for public health, stressing that high taxation and increased prices are helpful in curbing this habit.