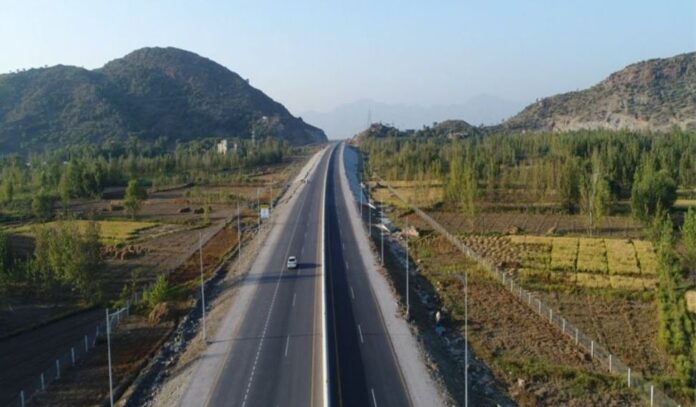 SWAT: Swat Deputy Commissioner Junaid Khan said on Thursday that an amount of Rs5 billion has been allocated for the construction of a road linking Kalam-Kumrat valleys.

Talking to APP, Junaid Khan said that the KP chief minister has approved a hefty amount for the construction of the 113-km road, which would link Kalam and Kumrat valleys so that more local and foreign tourists are brought to these scenic places.

“The new road will not only promote tourism in the area but will also facilitate the people of both districts in terms of accessibility.”

He said soon after assuming the charge as DC Swat, they held a snow jeep rally in which two dozens of drivers, including women, participated.

“I want all media persons, including print, electronic and social media persons, bloggers and vloggers, to play their role in highlighting the soft image of Pakistan, besides exploring tourism potential of the country,” he added.

Junaid Khan, who also has the additional charge of MD Tourism, admitted that the Covid-19 outbreak had badly affected the country’s tourism sector in the year 2020, adding that KP was the hardest hit province in this regard, as more than 70pc of the country tourism was in KP.

“Thousands of people have lost their jobs and are facing financial hardships due to restrictions imposed to contain the spread of Covid-19,” he said. “Hotels, motels, restaurants and rest houses were closed on March 18, 2020, which affected small businesses, daily wagers, transporters etc.”

He, however, said Prime Minister Imran Khan and KP CM Mahmood Khan were fully focused to promote tourism, keeping in view that the sector potential to become the backbone of the country’s economy.

Junaid Khan informed that under the Accelerated Implementation Plan (AIP) for merged districts, Rs3 billion have been earmarked for tourism development in Tirah Valley (Khyber), Samana (Orakzai), Parachinar (Kurram) and other scenic spots in North and South Waziristan.