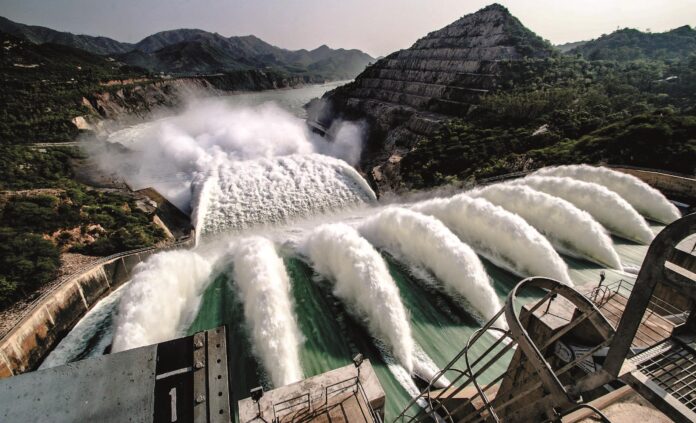 The government is planning to issue a $500 million green bond in the next few months to help boost the development of hydroelectric power.

The bond, denominated in euros, will be the government’s first to fund environmental goals, Malik Amin Aslam, Adviser to Prime Minister Imran Khan on Climate Change, said in an interview with Bloomberg.

It is set to be issued through the country’s state-owned Water & Power Development Authority, with JPMorgan Chase & Co. advising, he said.

“We’ve got a lot of hydro potential in Pakistan. The bonds are there to accelerate this.”

The government is investing in renewable energy to ramp up its economic stimulus in the wake of the pandemic. It’s also promised to ban new coal power plants and is looking to plant 10 billion trees.

The nation’s cities rank among the worst globally for air pollution, according to IQAir. The South Asian nation has a fragile economy that goes through regular boom and bust cycles. It received debt relief during the pandemic, restoring its $6 billion bailout program that it secured from the International Monetary Fund in 2019 to avoid bankruptcy.

Issuance of green bonds globally is seen surging to $375 billion in 2021 by Moody’s Investors Service, after record sales last year. While Europe has led the way, countries from Singapore to Brazil plan to sell their first to tap buoyant investor demand.

In August last, the government set in motion a plan to boost the share of its electric power that comes from renewables to 30 percent by 2030, up from about 4 percent.

With boosts in hydropower capacity expected, the shift could bring the share of clean energy in Pakistan’s electricity mix to 65 percent by 2030, Nadeem Babar, head of a task force on energy reforms in Pakistan, has said.

The new national renewables policy, approved by the prime minister’s cabinet in December 2019, was delayed by the coronavirus pandemic and as negotiators tried to resolve disputes with individual provinces.

But Asad Umar, federal minister for planning and development, has said on social media the resolution of those disputes now opened the way to “unleash Pakistan’s full potential” for renewables.

ISLAMABAD: The Pakistan Tehreek-e-Insaf (PTI) goverment has estimated 3 per cent GDP growth for the ongoing fiscal year (FY21). In this regard, the federal cabinet...
Read more
HEADLINES

April 13, 2021
BERLIN: Foreign Minister Shah Mahmood Qureshi has announced that Pakistan will soon open a consulate in Munich to tap economic potential present in Germany. While...