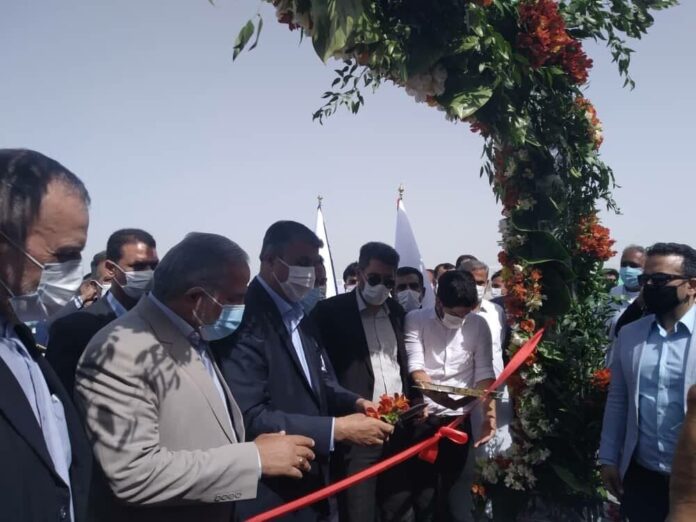 KECH: Pakistan and Iran opened the Pishin-Mand border crossing point in Kech district on Wednesday for facilitating trade between the two countries.

Speaking at the inaugural ceremony, Zubaida Jalal termed the opening of another crossing point in just six months a landmark and a historical day for the people of Pakistan, especially of Balochistan. “The opening of a new border crossing point shows the promotion of historic relations between two brother Muslim countries under the leadership of [Prime Minister] Imran Khan,” she said.

She said the opening of the Pishin-Mand crossing point would not only increase the volume of trade between the two countries but also create ample jobs for the people of the area. “The increase in bilateral and barter trade through the new gateway would benefit the local people while legal trade would also be promoted,” she said, adding that the new border crossing point would bring about development and prosperity in the border districts.

The Iranian minister said the main objective of his country’s foreign policy was to promote trade relations with neighboring countries so that people could improve their economic conditions by involving themselves in trade. He said Iran had around 900km-long border with Pakistan and wanted to open more border crossing points.

Trade exchanges and commutes between the two countries are currently carried out via Mirjaveh and Rimdan borders.

Iranian and Pakistani officials inaugurated the Rimdan-Gabad border crossing in December last year, providing the shortest land route linking the Pakistani port of Gwadar to westward corridors. The crossings will boost the import and export of goods between both countries, as well as the passage of Pakistani travellers towards Iran.

So far $6.6 million have been invested for the construction of the Pishin-Mand crossing which has expanded over 13 hectares of land.

Iran and Pakistan share 950-kilometer of borders and the two countries have created several markets across the border unilaterally; however, establishing a joint market is also on the agenda.

Pakistan’s exports of information technology grew by 47.4 per cent to cross the $2 billion mark for the first time in the country’s history...
Read more
- Advertisement -