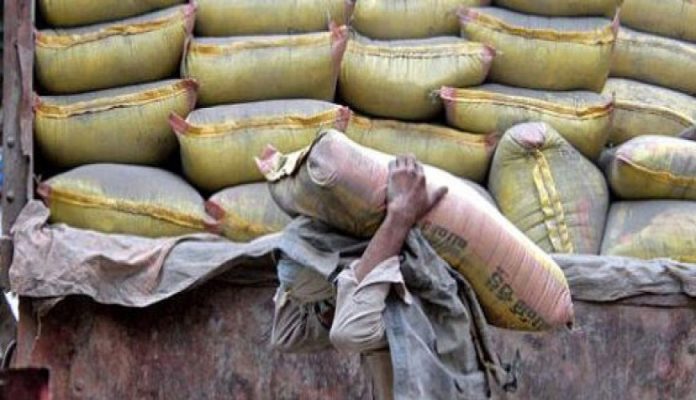 PESHAWAR: Pakistan’s exports to Afghanistan have come to a stand still after the takeover by Taliban with all orders being cancelled due to the closure of the neighbouring country’s construction sector.
Traders said that cement makes up to 40 per cent of Pakistan’s total export to Afghanistan but now, because of strict border management and other hurdles, imports have reduced to zero, which is causing heavy losses not only to traders but also the national exchequer.
Pak-Afghan Joint Chamber of Commerce (PAJCC) Board of Directors (BoD) member, Shahid Hussain, said that construction materials, especially cement, make a large portion of Pakistan’s exports to Afghanistan.
Hussain added that Pakistan’s exports have fallen from 70pc to 20pc since on August 15 due to closure of banks in Afghanistan when the Taliban took over. However, in the past week, he said, cement exports reduced to zero as Afghans are now completely unable to make payments.
According to Hussain, traders had requested the government to ease restriction on the Pak-Afghan trade which has been severely affected due to the current FATF sanctions due to which cash counters have been closed.
He further said that earlier traders used to deposit US dollars at cash counters and in return they used to get Form (E) and Form (I) from the State Bank of Pakistan (SBP) which is now closed, forcing traders to work on booked orders.
According to sources, Afghan banks are only providing money to the public for running their daily expenditures.
Steel business owner Zarak Khan said that Pakistan’s exports to Afghanistan were already low due to the availability of cheap steel from central Asian countries for the last ten years.
He lamented that no attention was paid to boost exports in the past few years either. “If attention was paid to Pak-Afghan trade and hurdles were removed, it would have benefited the entire Khyber Pakhtunkhwa (KP).”
He further said that the banks’ reluctance to provide letters of credit (LCs) for exports to Central Asian Republics (CARs) and the refusal of insurance companies to insure goods being transported to Afghanistan is also affecting trade.
- Advertisement -
Facebook
Twitter
Linkedin
WhatsApp
Email
Previous articleTelecard restructures TFC debt with creditors as company prepares for IPO of Supernet
Next articleAGP takes notice of 100-acre land allotment to KIA Lucky Motors