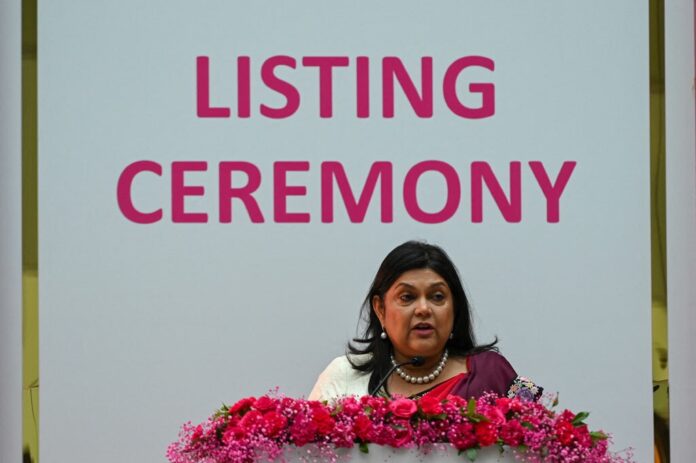 BENGALURU: Shares of cosmetics-to-fashion platform Nykaa made a blockbuster opening on Wednesday, valuing the Indian company at near $13 billion, in the latest startup listing after food delivery firm Zomato’s stellar debut in July.

Shares of FSN E-Commerce Ventures, the profit-making company that owns the Nykaa brand, soared 89.2% to 2,129 rupees after opening at 2,018 rupees in pre-open trade.

The company’s offering last week drew bids worth $32.55 billion as it was oversubscribed by nearly 82 times, signalling strong investor demand for a startup that, unlike many others, has already achieved profitability.

“Nykaa has a seen a strong listing due to positive market sentiment since it is the only profit-making company in the digital space, it is receiving higher investor traction,” said Ajit Mishra, vice-president, research, Religare Broking.

However, the startup’s valuations look expensive at these (levels) despite factoring in strong long-term growth prospects, Mishra added.

The listing comes at a time when companies are seeking to capitalise on an Indian market that has scaled record highs on the back of a decline in COVID-19 cases, a reopening of the economy and ample liquidity.

Nykaa, which functions in two broad segments, namely beauty and personal care and apparel & accessories, was incorporated in 2012 and swiftly became a popular name among Indian consumers.

The startup, whose investors include private-equity firm TPG, Fidelity and Indian celebrities Alia Bhatt and Katrina Kaif, runs its online operations through mobile applications and websites along with 80 brick-and-mortar stores across the country, as of Aug. 31.