The futility of exchange rate curbs 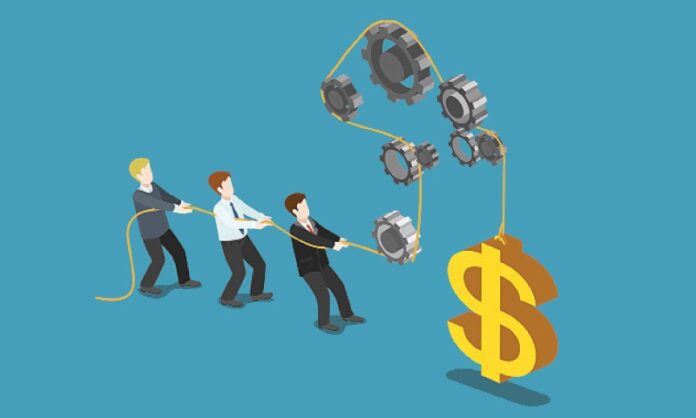 The State Bank of Pakistan is taking no prisoners on the foreign exchange market as it continues to pursue measures that seek to stifle the flight to the U.S. dollar in the country. After placing biometric requirements on foreign exchange transactions, the central bank has also moved to limit purchases of dollars through exchanges at $10,000 per day and $100,000 annually in the form of cash or remittances sent abroad. This, the argument goes, ought to reduce the flight to the dollar’s safety in the markets, where finding the greenback has already become quite a challenging task.

Some are arguing for more action in the coming weeks, including a “tax on credit card spending outside Pakistan” with the argument being that Pakistanis “need to tighten belts as a nation.” But what if these measures, while well-meaning on paper, exacerbate the very challenges the country is facing as it relates to the flight to the dollar’s safety?

Understanding why these choices might be counterproductive requires us to better assess how markets operate and the ways in which herd mentality, especially amid a weak economic environment, sows panic and initiates a stampede towards the exits.

The nature of markets around the world is such that a few developments build momentum, creating a snowball effect which culminates a massive move to the upside or the downside, depending on where momentum is building. This is how the dotcom boom and bust in the late 1990s, for example took shape: internet stocks were the new hot thing with companies like Yahoo! and eBay leading the revolution. The market quickly believed that all internet stocks were like the leaders, which then fueled a dramatic boom cycle in internet stocks. But the party did not last forever, and the stocks came crashing down. But the stampede was such that the market did not distinguish between good and bad internet stocks and companies across the board in the technology sector took a drubbing, from which they took years to recover.

The ongoing flight to the dollar’s safety in Pakistan is being fueled by weak economic data and uncertainty in the markets. This is fueling speculation, but policymakers including the central bank must share some of the blame, given their inconsistent messaging and approach to policy.

But let’s save that argument aside for another day.

The fact of the matter is that the demand for the dollar is strong, and the market is expecting sustained weakness in the rupee – market participants I have spoken to argue that the dollar exchange rate is going to hit 200 in the coming weeks. Whether this prediction is right or wrong does not matter, because once enough people believe that this is where things are headed, a self-reinforcing cycle kicks in.

In such a situation, action by the central bank to further curtail the flight to safety only fuels further panic and speculation. After all, if the central bank is concerned about this, then things must be awful and are about to get a whole lot worse. This line of thinking would make rational market participants to be the first ones to flock to safety. And as they flock to safety, the very thing that the central bank is seeking to prevent happens. Which then reinforces the view that the rupee is weak, which then means more flight to safety, and I think you get the picture by now.

During this entire cycle, the central bank’s curbs in the official market means that demand for the dollar is being fulfilled by the informal market, since it is hard to get a hold of the currency due to the bank’s regulations. The growth of the black market would further accelerate the flight to safety, primarily because the informal market would demand a premium over the official exchange rate. This premium, which would grow as more curbs are placed by the bank, would again be a signal to the market that it is only a matter of time before the rupee depreciates further. And this signal then further accelerates the flight to safety cycle described above.

In sum, while the central bank’s decision to curb the market’s demand for dollars may sound great on paper, the fact of the matter is that these actions would only accelerate the dollarization of the economy. Eventually, more wealth would find its way into the black economy, meaning that by the time regulators wake up to what has happened, they would have to dust off the old playbook and offer, you guessed it, another amnesty scheme to bring assets back into the formal economy.

My advice to the central bank and folks arguing for more “belt-tightening” is as follows: before you go down this disastrous path, conduct an internal assessment on how such curbs would play out in the market. This can be done by engaging with market participants, learning from history and other countries, and better understanding the underlying factors fueling the flight to the dollar’s safety. Based on this analysis, much of which should be shared publicly, the central bank can take appropriate actions that deal with the root causes, not the symptoms as evidenced by market developments.

Facebook
Twitter
Linkedin
WhatsApp
Email
Previous articleHow (not) to induce market failure
Next articlePakistanis do not hold $20 billion in crypto. Here’s why