The tax agency has provisionally collected the amount against a budgeted target of Rs5,829bn

ISLAMABAD: The Federal Board of Revenue (FBR) has provisionally collected Rs6,000 billion against the budgeted target of Rs5,829 billion set for the whole fiscal year (2021-22).

The gross revenue collection amounted to Rs6,305 billion for July-June (2021-22) and after payment of refunds of Rs305 billion, the net collection stood at Rs6,000 billion.

The provisionally collected  figures mark a 29% growth from the previous year’s Rs4,651 collections. 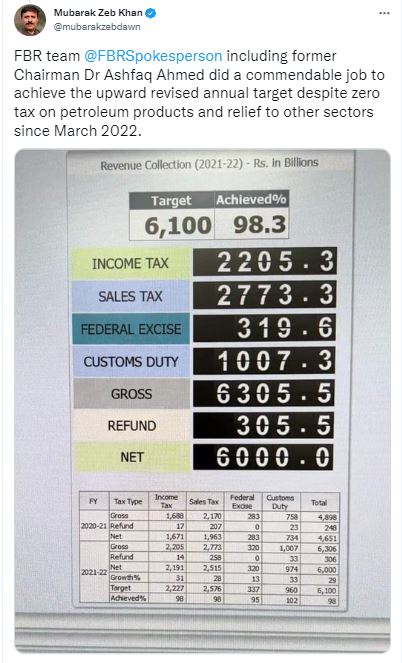 The provisional collection of customs duty was Rs974 billion during 2021-22 against Rs734 billion in the corresponding period of 2020-21, showing an increase of Rs240 billion.

The members of the former PTI government were quick to respond to the news of the revenue board meeting its targets.

However, the fact cannot be ignored that the credit for growth in revenue collection goes primarily to a surge in imports and tax demand raised in the last half of the year including those targeting the telecom, cement and fertiliser sector amongst others. You can find out further details in Profit’s feature With a historic deficit looming, what can the FBR do? (https://profit.pakistantoday.com.pk/2022/04/17/with-a-historic-deficit-looming-what-can-the-fbr-do/)

Experts were quick to point out that the revenue collection figures were nothing to rejoice about; rather they further highlighted the underlying problems in the tax structure including the surge of 36% in imports during the first 11 months of the fiscal year compared to the same period last year. Further, as per data released by the State Bank of Pakistan (SBP), the current account deficit clocked in at $1.425bn for the month of May 2022, up 131% over April 2022. The CAD is up 123% over last year. 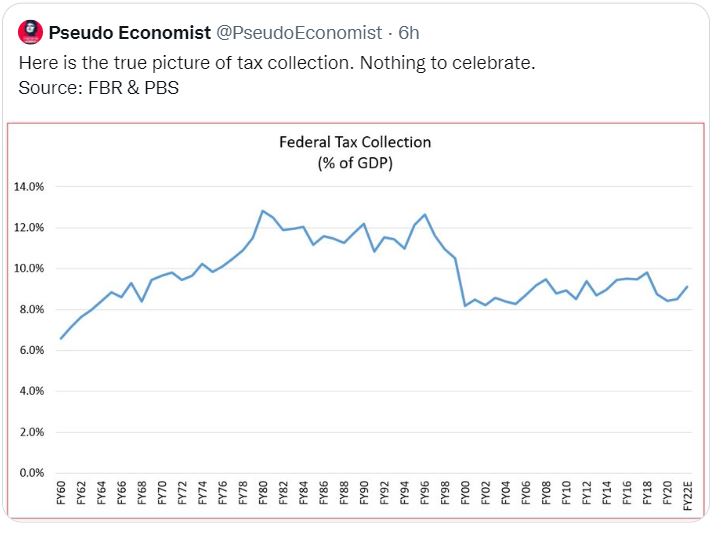